WikiLeaks founder Julian Assange was born, coincidentally, the very same day  - July the 3rd – than the greatest event on the history of modern journalism before WikiLeaks: The Watergate happenings. Julian was born exactly one year ahead!
The impact of WikiLeaks for the democratization of information is beyond discussion. Those politicians exposed - and fearful of continuing being exposed - of keeping vital government or corporate secrets alien to the cause of peace, against the interests of the people that have elected them, have wished to silence WikiLeaks founder Julian Assange.
President Correa of Ecuador referred:

“Assange wants to go to Ecuador to continue fulfilling his mission for freedom of expression without limits, because our country is a peaceful territory committed to justice and truth”


- And in this birthday greeting from Nürnberg, on my way to Italy A birthday present to Julian, from Arte de Noli 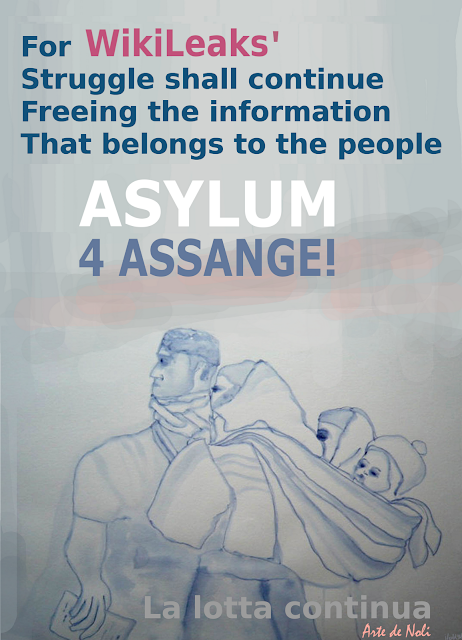 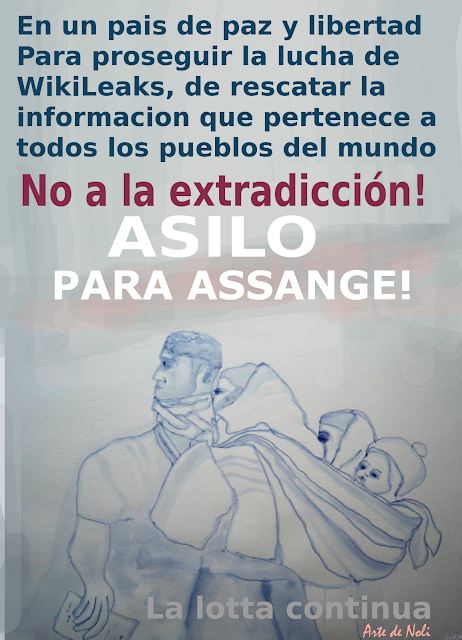 Posted by Marcello Ferrada de Noli (Italy) at 9:16 am