Extreme "feminism". What is scientific research and what it is not


Introduction
What is scientific research and what it is not. End of story 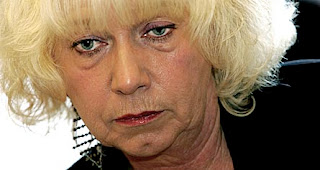 This is an introduction to the analysis of main Eva Lundgren theses and their impact in the Swedish radical-feminist movement, which I publish in this series as a further background on the Swedish case against Julian Assange.

Eva Lundgren is a creative academic with strong believes, and her faithful commitment to those believes, is undeniable. But that is not the point here, in this analysis.
For there exist, worldwide, professors with political believes or even with an outspoken political agenda, that would decide research-subject priorities according to those political causes, or put their entirely academic effort at the service of the causes they ideologically are committed to. Ensuing, their research results will likely help to elucidate the societal phenomena that such ideology pursues.
However, for that, or regardless that, university researchers are expected to perform strictly within the research ethics and scientific procedures the academic work demands. There it does rest the assurance that society would get - through reliable research results – that the public funds granted to the researcher are in benefit of science and progress in the nation and in the world.
And what are “reliable” research results? At least this: That such results shall represent both the phenomenon they say to study and the epidemiological population they say it  refers to.
Then there is the “discussion” – mainly for damateurs - of “what is science” and what is “scientific” method, “really”. Populist religious leaders, charlatan psychologists or opportunist academics take every so often in the public scenario such debate. However, only uneducated forums would accept the legitimacy of such discussion.
To give a modern example, the so-called “qualitative research method” is exactly the negation, the antipode, of what the scientific method is all about.
In “qualitative research methods” interviews are conducted - often with a reduced number of individuals (for instance 12 women found in a market place of Casablanca) - with for example the purpose to hear their “narrative”, or their “feelings”, or to assess "how" they have “experienced” the phenomenon in question. The responses, which are thereafter edited by the researcher, are “computed” (most often - and wrongly -  expressed in per cent, even if the total number was < 20), and finally made believe to the authorities or public that the “research results” represent the collective (“women of Casablanca”) they were sent to investigate. 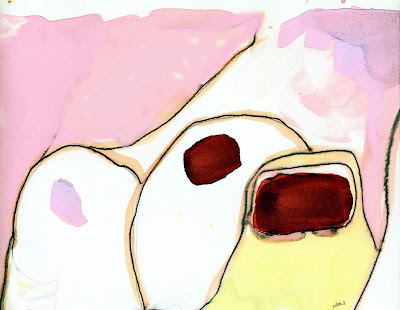 Women of Casa Blanca. de Noli 2004
Anyone can understand that what is valid for 12 women in Casablanca can hardly represent the 1,8 million women living there (a transferability issue). Or that the characteristics – and bias – of the, say, three proletarian women selling fish or fruit in the market, are different from those 7 middle-class women out in fancy shopping at the market and from those other two that actually are immigrants from Tunisia. I mean here there are at least three variables (stratified-sampling, socio-economic factor, and ethnicity) that are not being considered in in the overgeneralizing report of this (fictive) illustration.
Anyone can understand that the results of such "investigations" can hardly be replicated since the information contained in the interview records (we would eventually have access only to the edited version) is not available because either the interviews have been given in  “confidence” by the interviewers (“secrecy oath”, “protecting source” argument) or the material has been "destroyed" because of legal procedures. Reasons for instance adduced by Professor Eva Lundgren when asked by the investigative committee to produce the original data of some interview-based published research.

Anyone can understand - based in the above illustration - that reporting, for instance, "Seventy five per cent (75%) of the Casa Blanca women suffer of posttraumatic stress caused by their good-for-nothing husbands"  can be deceiving. Whereas more correct would be, e.g. "nine out of the twelve women interviewed in Casa Blanca reported life-time stress symptoms of late debut (not present prior marriage, maternity, or work - if so was the case).  On "causality" conclusions, "qualitative" reports tend to mix up risk factors, and contributing factors, with "cause". Swedish "qualitative research" reports addressing confounding, validity-issues or negative-sampling are in fact rare.
In plain words, when populations studies are required, the “qualitative scientific method” is hardly to be considered as a scientific method per se.
And it is only a vulgar assumption that “qualitative” would mean a “quality” method - in oppositions to other which are not. The mere opposition of “qualitative” to “quantitative” in terms of scientific research is preposterous insofar they refer in true to different aspects forming part of the same dialectics in any given phenomena, including the social, anthropological or historical. End of the story.
On the “Qualitative research” method
1990's: The Americanization of Swedish political culture developed fast and uncontested. Government became business. Social welfare became private monopoly. Millions of Swedes were suddenly detached from their secure social system, and the traditional left capitulated to the enemy without combat. It was then that their political struggle was replaced by the more comfortable (and profitable) gender confrontation. To hide their lack of ideological conviction, or combat spirit, the opportunistic left sold their lie to the public: Women, together with men, are not suffering because of a greedy system of profit - women are suffering because of men. And since the system is no longer the enemy, the system very much becomes the ally. Radical feminism became state feminism.
This was the beginning of the cultural and intellectual impoverishment of modern Sweden. Cultural programmes were replaced by alienating superficial pseudo-entertainment. Scientific empirical methods at Swedish universities were replaced by "qualitative research", an easy, cheap, and "pseudo" method which consists of drawing "scientific" conclusions from interviews with a dozen people, women for the most part, who share their "impressions" to the interviewing "researcher", a woman for the most part. True scientific research in Sweden dropped off ominously, as did the scholarly requirements placed on new researchers.
The new presence of religion as a factor in this cultural confrontation ("our religion contra their religion") in turn made possible the renaissance of vintage non-scientific ideologies such as Freudianism. But while religious thought is conversation between people and their god, Freudianism is conversation between people and their navels. Freudians and religious activists share the idolatry of the subjective - "idealism" contra "materialism" as they vulgarly put it. Nevertheless, the scientific method is alien to both.
For the radical and state feminists, the choice of the "qualitative" approach ornamented by Freudian categories was not accidental but essential: the qualitative method was their one and only epistemological option. It is only with the use of an imposed "take it or leave it" faith-based, non-empirical method that feminism could make their master thesis of a “patriarchal” cause of all the misfortunes of women in society, starting with those of their own, prevail. No need to bother with empirical, rational replication - feelings (for the most part bitterness) are sufficient.
The text quoted in the box, from: Pseudo-Science in Swedish Rape Trials. With an Introduction on the Origins of State-Feminismin Sweden. 29/7 2011
More on the Swedish case against Julian Assange in the Profesors blogg