Analysis: Why Sweden revenge against Assange


No more profit among Third World countries thanks to the neutrality stand. No more international political prestige or respect for an "independent" and proud Sweden. Wikileaks buried for ever Sweden neutrality myth and its front figure Julian Assange is now due to a filthy, vulgar vendetta. 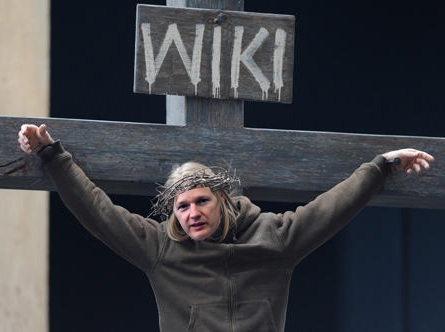 As the detention of Julian Assange is now implemented on behalf of Sweden, it would be necessary to clarify some issues for non-Swedish speaking audiences.  Possible equivoques of terms based in direct translations of Swedish dispatches may refer not only to the Swedish case against Assange, but also on the responsibility of Swedish authorities in the production of the aggravating secret agreements with American Intelligence services and that were exposed in the diplomatic documents leaked by Assange’s organization.

Compromising leaks (for the Swedes)

In the main, Assange´s organization Wikileaks has documented diplomatic traces of several agreements between Swedish government officials and envoys from American Intelligence services which occurred relatively recently, among other 2008. The content of these agreements were reported by the program Dokument inifrån of the Swedish Television 5/12 2010 [1].

Officials of the Swedish government would have themselves presented a formula to the Americans consisting in a disinformation system towards the Swedish Parliament and by extension also betraying the Swedish public as a whole. The system, euphemistically called “the informal” channel or procedure, consists in to secretly keep the nature of the contacts (and the agreements on gathering and/or transference of intelligence that ensued), letting them unknown by the constitutional and legislative powers (the Parliament).

In practice, the ultimate rationale of   the “informal” procedures proposed by the Swedes is that it could guarantee a vast more extensive using of the Swedish information data, a more enhanced penetration in the integrity of Swedish citizens, etc. than the agreement on Intelligence cooperation that could eventually be accepted by the Swedish Parliament, even considered by the standards of its right-wing majority.

Apparently trying to save both the prestige of the country and the stability of the government (and the survival of the Intelligence agreements) the Swedish conservative media have tried to present the facts above as an opposition of the Swedes against the American pressures. Swedish officials are subtlety presented in these media like “heroes”.  Svenska dagbladet, SvD, run for instance this thesis in an article reporting a presumably opposition of the Swedish government against the use of Sweden for CIA’s prisoner-transport [2]. In fact, the alluded Wikileak telegram referred to initiatives taken by some Swedish integrity-minded SÄPO and military intelligence officers (which stopped one of the rendition CIA flights in Swedish soil). The newspaper instead attributed - unfairly, in my opinion -  this act to government politicians.

It is not so that USA exercises against Sweden that kind of excessive pressure that the Swedes have to heroically oppose, as it is contended. In true, it was not the USA government and its envoys which wanted to deceive the Swedish Parliament. The Americans whished instead a formal and correct agreement. However, the even more pro American-benefit proposition (than the one from the American themselves) was all on the part of the Swedish government officials, inspired perhaps by the now public own affective allegations of the very Minister of Defence Sten Tolgfors such as the celebre “I love USA”.  Further, it is extremely unlike that agreements of that calibre have not been initiated or sanctioned by the Swedish ministers of Defence, Justice and Foreign Affairs.

In fact, those “informal” agreements have placed the Swedish security and military intelligence so heavily under the control and command of the Americans, that, as reported by the newspaper Expressen 7/12 2010 referring to the years ensuing 2003,  Sweden Intelligence officers  got the impression that they were working under direct orders of the CIA ( “Under de kommande åren förändrades svensk underrättelse-och säkerhetstjänst på ett sådant sätt att enskilda tjänstemän uppfattade det som att de arbetade på direkt beställning av CIA”) [3].


In many countries, public disclosures of this kind (agreements made by government officials in benefit of a foreign power and in detriment of national citizens) - particularly if were intentionally devised to keep the all thing secret not only for the public but also the country’s highest legislative institution - would lead to trials for nothing less than treason. In other countries would lead to constitutional processes and imminent change of government, besides of the legal consequences for the individuals involved.

If this “natural” course of events is not likely to happen in Sweden, to a great extent would be explained by the conscious manipulation of the cultural trick “Swedish consensus”. In other words, journalists and researchers, or politicians supposed to criticize or condemn the awful doings of their authorities will instead “understand” them because “this is the Swedish culture”, “we are not for conflicting”, and ergo all wrongdoings might be justified by a natural conflicting-avoiding character and the strive to be regarded by the world as “peaceful”.  And modern.

But this is not completely true. In fact Swedes are NOT naive, as some few sometimes conveniently may play they are. Swedish officials and journalists are instead highly educated, well informed, and well politically aware of what they are doing. One alternative explanation may be that by trying to keep things secretly, the Swedish officials had estimated the possible damage for Sweden’s prospective political gains and economic trade with countries of other latitudes. These have in the past in many cases been possible just thanks to the Swedish declared neutrality-stand. The journalists would not like to agitate research articles against that balance. The truth is then buried. This is what we are now witnessing.


In an outstanding piece of  intellectual rescuing – using the above mentioned cultural trick “Swedish consensus”, professor colleague Wilhelm Agrell (called in for damage control by Dagens Nyheter, the main Swedish newspaper) publish today a debate article  on the issue of the secret agreements commented above [4].

In the main, Wilhelm Agrell excuses the current government with the notion that the same “double” attitude has been practised by other governments since about six decades ago! He will not get into concrete propositions about ending such praxis, neither would he care to analyze the negative consequences of the last agreements for the integrity of the Swedish citizens (and for our national security!), or the catastrophic effects that these revelations would have for the Swedish stand elsewhere in the international scenario. Because one thing is that, judging from their political preferences, most of Swedes feel rather happy with their American strategic-minded leadership. Another thing is, however, that every single Swedish institution, not only the government but universities, foundations, etc, have profit their international prestige and positive affection from their counterparts all over world based precisely in the notion of a neutral and pacifist Sweden.

And there is yet another issue which could not go missed by Professor Wilhem Agren. Namely, the genuine risk for the national security of Sweden posed exactly by these secret agreements. The interpretation by the USA Ambassador, according to the telegrams, was that there is strong reason to believe that Sweden would not become a direct target for terrorists (SvD 6/12 2010) [5]. I genuinely hope that the Ambassador is still right, and he shall remain right in this point.  But there is also strong reason to believe that terrorists had not then perceived – as neither the absolutely main part of the world – how engaged Sweden was and is, and eagerly wishes to be, an active part in that war. Not only regarding intelligence gathering, but above that the active Swedish military intervention in Afghanistan. It is absurd to blame Assange for the consequences (for Sweden) of those unnecessarily subservient decisions on spying their own or getting into other's belligerent operations, amid decisions taken by Swedish government individuals in their “love” for America – but risking Sweden as a whole.


As for Julian Assange, he is not convicted by any crime in Sweden; neither is he formally prosecuted for the crime “rape” in the sense as it is commonly conceived in the world outside Sweden, namely a violent act without partner consent and which is not here the case. Normally translations  (for instance into English, Italian, or Spanish)  exercised by the foreign press of texts in Swedish give often a false meaning of those “juridical” concepts with regard to the juridical culture or common sense prevailing in countries with normal, democratic, non gender-alienated judicial systems. You may observe that the Swedish newspapers still persist in their headlines on “Assange is sought for rape” without caring of give to the public details or actual categorization of the crime for which Assange is suspected on the base of a coordinating accusation of two adult Swedish women, one of the woman – according to a report from Israel Shamir and Paul Bennet in Counterpunch – would likely be linked to a CIA financed organization [6].

As to the “rape” suspicions (not charges) issue - as preposterous or even ridiculous as it may sound to the foreign reader (the world is actually laughing at this) - according to different lawyers’ reports the all thing would in true refer to the use of a malfunctioning condom! For reasons of space, I shall develop in more detail some whereabouts of the “legal” case against Assange in a separate post.

Finally, I would like, warmly and genuinely, to invite my readers to subscribe to this statement by Åsa Linderborg in Aftonbladet 6/12 2010:

”Anyone who have claimed stand in defence of freedom of expression must declare that they fully shall support Assange, if USA or other attacks him or the distribution of Wikileaks’ information. The one who scoff at this demand shall never again pretend being a democrat” [7].

WL is a queerproject created to put down the hetrosexual sociaty.

So strong men has the right to rape women?

So the women has the right to accuse any man they sleep with for rape?

He is yet NOT sentenced for any crime.

Sweden has a good government. And Assange needs to be persecuted, we are still a nation of rule of law. Don't make Sweden look bad abroad!

Assange has exsposed the short comings of Swedish politicians...It is their actions that have comprimised Swedish neutrality on the world stage. The CIA has a sorded history so the Swedish people should not be surprised at the wikileaks revelations..these charges should be thoroughly investigated...hopefully the Swedish judicial system has not been corrupted by the same politicians that have got into bed with the CIA.
By the way at least have the guts to put your name to an ignorant comment!