Clarifying on some fabricated accusations against WikiLeaks leaders and supporters

Also in this series:


“A fifth column is a group of people who clandestinely undermine a larger group from within. A key tactic of the fifth column is the secret introduction of supporters into the whole fabric of the entity under attack.” Wikipedia definition

“I recognize that the concept ‘honour-killings’ is racist-bound, and that it obscures the real problem represented by the increasing violence against women. [‘Honour-killings’] is used as denomination for homicide cases where persons from other cultures than the Swedish one are involved. I am feminist and Member of the European Parliament. I do not betray victims of violence against women” MP (EU) Eva-Britt Svensson, in Newsmill 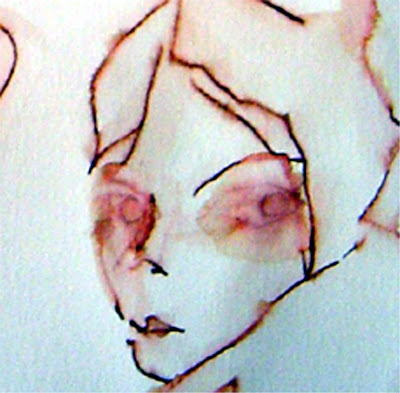 Professors blog has published, republished or linked works by a number of academic authors, all of them recognized leading feminists or adherents to true feminist positions, aimed to gender equality and reciprocal gender respect -- equality ethics which I warmly subscribe.  Particularly, my analyses have repeatedly contained a clear disclaimer with regard to the Feminism/feminists issue in those occasions in which I have criticized misrepresentation of such true feminist positions of gender equality, or debating certain ideological excesses from the part of some extreme voices.

Those disclaimers have in the main stated that when referring extreme "feminism" I am NOT referring to “Swedish feminism” as such, or to all Swedish feminists at large; and that I do not equate "State Feminism" with "feminism", etc.

Some examples of texts in fact being published by Professors blogg:
Over and over again I have made clear what my positions are on those regards. And also cared to give some concrete examples about my own participation in such struggle for gender equality and social justice. The site Justice For Assange has even linked an article that especially treats this disclaimer under the title "Professor Ferrada Noli on the nature of 'State Feminism' in Sweden".

Nevertheless, in spite of the above, the Fifth Column operating within or outside contingents of WikiLeaks-supporters over and over again continue using the straw man fallacy [5] aimed to deceiving the public by means of:


The strategy behind that campaign is no other than erode the social support to the Julian Assange cause by means of alienate feminists sectors. For equal chauvinistic-implementaion purposes they have pursued to present WikiLeaks founder as Sweden Enemy Number 1, trying to alienate the population at large behind nationalistic calls.

The tactics have consisted in that we are thus accused from time to time - and also WikiLeaks for that part (for it in certain cases have linked articles published in these columns) - of being staunch anti-feminists; but not only that, also misogynists! This tactic recalls so vividly the demagogic used against Swedish citizens when criticizing the immigrant-integration policies of this or the past government as inadequate: they were labelled as “racists” for having a different idea from the State or established parties as to how dealing with immigration problems which resulted in discrimination!

Is there an epidemic of Muslims honour-killers in Sweden?

The same regarding the issue of honour killings in Sweden.  I have NEVER denied, neither any other author in Professors blog, that such deeds have occurred or might occur in Sweden in the future. The only thing I have put forward, and demonstrated, is that the epidemiological prevalence of the phenomenon “honour-killings” in Sweden has not an “endemic” or “pan endemic” character.  In clear terms, the actual prevalence of "honour-killings" among Muslims in Sweden is, expressed in rate: 0,1 cases per 10,000 individuals in the Muslim population! That the rate is lesser that previously estimated is a “positive” finding, which was supposed to bring about some relief to those who have believed such figures of being alarmingly higher.
Instead, the findings have clearly upset a couple of obsessive voices that in their prejudice against the Muslim culture as a group (which constitutes criminal racism in Sweden) are paradoxically denoting disappointment that no more honour-killings have occurred. And how do these fascist individuals respond to our epidemiological findings? By accusing Professors blogg of being a supporter of honour-killings!
The same as the above, now with regard to the issue of honour-related violence.  I have NEVER said that the victims of honour-related violence should not be protected, or the phenomena neglected by scholars. The ONLY thing I have said is that the research applications (that extreme-feminist researchers put forward in order to get grants from the State or getting their applications approved by the Ethics Committee) should be based in proven or realistic findings; and not in racial prejudices or augmented in cultural-racist formulations.

I have also said that Swedish government agencies, such as the Ministry of Research and Education, should treat the subject of Muslim honour-related violence in the context of both all foreign-born and Swedish related violence against family members, and not (Muslim-related only) as a priority issue per se. And that all victims of violence of this sort should be in the priority, and all perpetrators – not principally Muslims – be given emergent investigative attention. And how do those individuals respond to these sound scientific-ethic stands? Accusing Professors blogg’s authors of opposing the solution for honour-related violence and of actively being against of the victims!
A special number in this crazy, I repeat, literarily crazy smearing campaign, is accusing me of denying the existence of Posttraumatc stress disorder, PTSD! This considering that what I precisely demonstrated in my doctoral dissertation (in the subject Psychiatry at the Swedish Karolinska Institute), was the existence of PTSD in association with suicidal behaviour among victims of torture inflicted in prisoners camps of fascist dictatorships. An important cohort represented immigrant women abused or raped under captivity!

And then there is the subject “Sweden hostility”. After that a high official representing FOA presented (in the main news-analysis program at the National Swedish Television) Assange and WilkiLeaks as hostile to Sweden and even accused them of blackmailing Sweden, the same characters presenting themselves as WikiLeaks supporters started spreading the false notion that Professors blogg would be “xenophobic” against Sweden. Based on what?
Because in a brief interview with RT in January 2012 and for instance in these columns [9], [10], [11], I have declared that Swedish Neutrality is to be preferred for the Swedish people to the vassal positions that some government officials have demonstrated towards NATO and their contribution with Swedish troops NATO-led occupations of Third World countries.
No matter how many times I have said in these columns that my critique DOES NOT involve all the Swedish people – to whom I personally regard

In fact Professors blog has reached over one hundred fifty thousand readers (153,333 the 31st of March 2012), visitors that not only have read the article they looked for but also visited other pages (Total page views = 220,815). Figures according to Histats.com.
Further, each time WikiLeaks has linked a Professors blogg article this has reached one and a half million twitter-users. WikiLeaks have also linked some articles I published in Newsmill or Second-Opinion, directly to these sites.
We are not here to pass judgement about our own impact in neutralizing such vilifying campaigns or in disclosing its political or geopolitical backgrounds. However, these apparently desperate attacks from the part of individuals or organizations representing the very powers targeted by the WikiLeaks disclosures, make us to conclude that we are really succeeding in our contribution for truth and justice.
The declarations above, directed to our international readers, will surely not deter these trolls. Neither is it intended to, as their conduct - for being possibly expression of obsessive behaviour, or simply politically or lobby-motivated - will persist in repeating over and over the same distortion of the theses published in Professors blog. This will end only when the Swedish case against Julian Assange is over. The cause for justice, which is the reason for our writing, shall overcome.