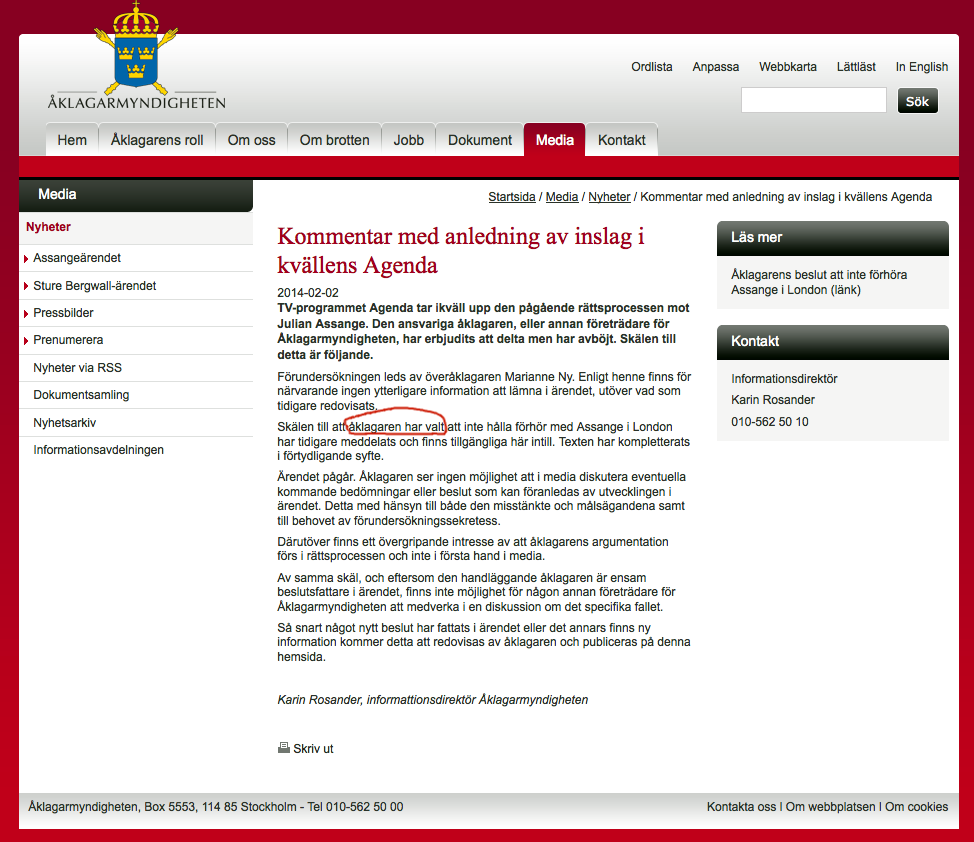 "The Television program Agenda is taking up the ongoing legal process against Julian Assange. The responsible prosecutor, or other representative of the prosecutor's authority, has been invited to participate, but declined. The reasons for this are as follows.

The investigation is headed by the chief prosecutor Marianne Ny . According to her, there is currently no further information to disclose on the matter, other than what was previously reported.
The reasons why the prosecutor has chosen not to hold hearings with Assange in London has been previously communicated; it is available (in this link). The text has been further suplemented, for clarification.

The case is ongoing. The prosecution does not see any possibility for discussing in the media eventual future assessments or decisions that may be caused by developments in the case. This on behalf of both the suspect and the plaintiffs, and because the need of confidentiality in the preliminary investigation.

Hence there is an overriding interest on that the prosecutor's argumentation pursues in the legal process, and not primarily in the media.

For the same reason, and because the acting prosecutor is the solely decision-maker on the case, is not possible for any other representative of the prosecutor's authority to participate in a discussion about this specific case.

As soon as a new decision has been taken on the case, or if there is new information, this will be reported by the prosecutor and published on this website."

Amidst discussion in Sweden on dropping the “case” VS. Assange, US Justice Minister Eric Holder arriving to meet Swedish counterpart & lecture in Parliament
Posted by Marcello Ferrada de Noli (Italy) at 11:56 am