Amidst discussion in Sweden on dropping the "case" VS. Assange, US Justice Minister Eric Holder arriving to meet Swedish counterpart & lecture in Parliament

In the middle of an interesting Swedish debate on the whereabouts of the case in London, with a growing questioning on the validity of the "case Assange" done by multiple personalities of the legal system, it is now announced that US Justice Minister Eric Holder is scheduled to visit Sweden. The visit, due to the 4 of February, corresponds to an arrangement by the Swedish Parliament and the U.S. Embassy in Stockholm. According to a brief dispatch in SvD, it is assumed that Holder will also meet his Swedish counterpart Beatrice Ask. Other sources refer that Eric Holder shall be giving a lecture at a venue in the Swedish Parliament titled, "A More Just and Inclusive World: Confronting the Civil Rights Challenges of Our Time".

Justice Minister Holder will be surely informed by his Swedish hosts on the niceties of the Swedish Justice system. In the context, he will be reassured on the loyalty of Sweden regarding the requests from US Justice and other government agencies. After all, the Swedish parliament complied efficiently with the US requests of instituting a new surveillance/spy legislation (FRA lagen) aimed to serve the interests of NATO as well as US corporations’ interests. In the same fashion, the Swedish Ministry of Justice passed the legislation as requested by the American government to protect the commercial interests of the U.S. entertainment enterprises.

At the expected meeting with PM Reinfeldt, Minister Holder will be reassured, as the PM has publicly stated specifically referring to their case against Assange, that this is a rättsstat, meaning a country with full respect for the law. But Minister Holder doesn't need such reassurances. He has the facts with him about the unconditional Swedish "legal" collaborationist stance and praxis:

Namely, Sweden has granted 100 per cent of the extradition cases requested by the US, provided that the persons are on Swedish territory. This is done by the Swedish authorities with or without “legal system”. This was the case of the “extraordinary renditions”, namely prisoners given directly by the Swedish police, total clandestinely, to the CIA team sent to pick them up in the airports at the heart of Stockholm.

The rättsstat that Prime Minister Reindfelt will be talking about is, however, also a constellation of peculiarities in the judicial, police and legal systems. Here is a sample of the “irregularities” - viewed by international standards - concerning the administration of justice with particular relation to the Swedish case against Julian Assange. Other items of the legal (and political) context of the case are discussed in my book "Human Rights Issues in the Swedish Case VS. Julian Assange". The book will be soon available on-line in Libertarianbooks.se 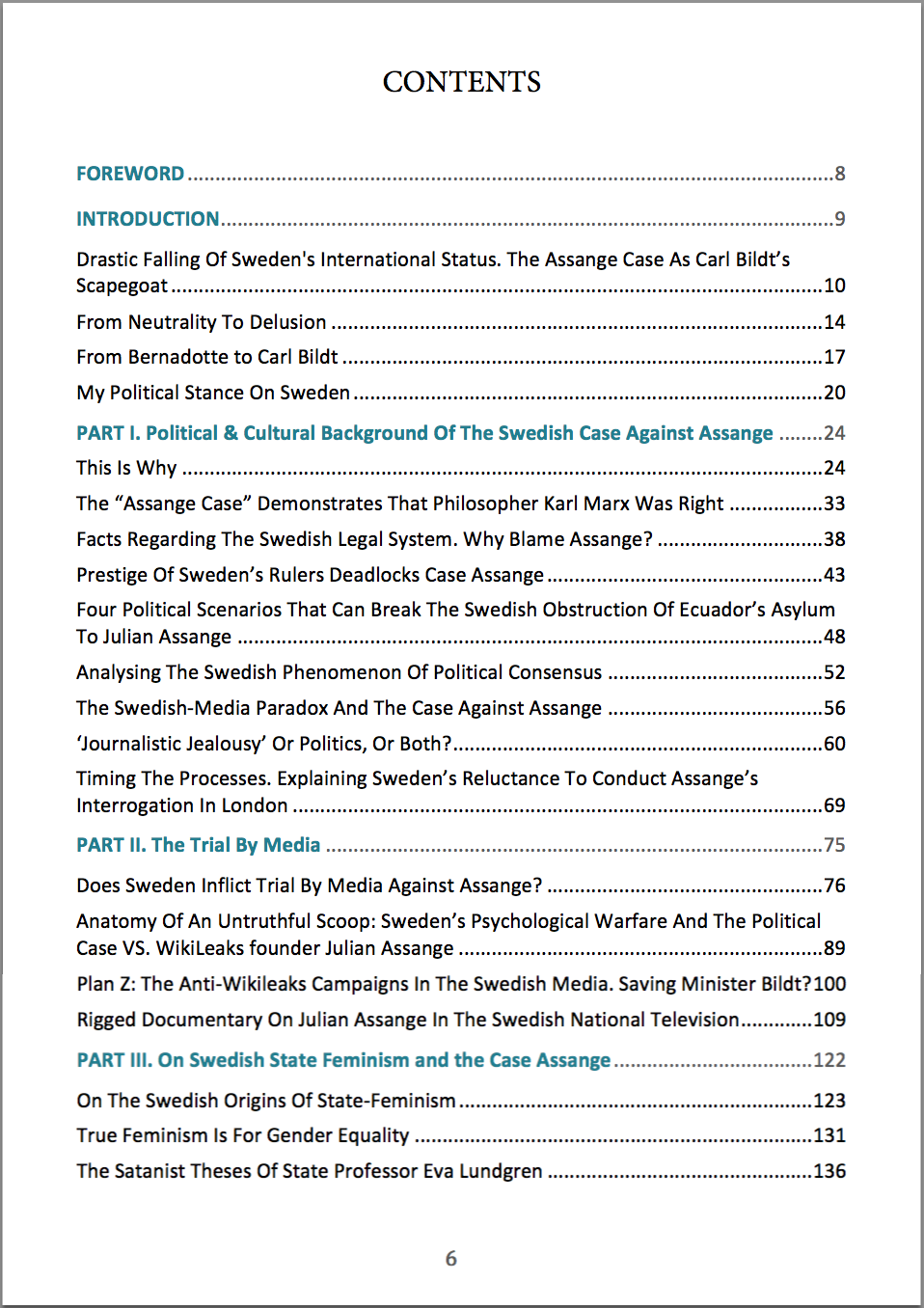 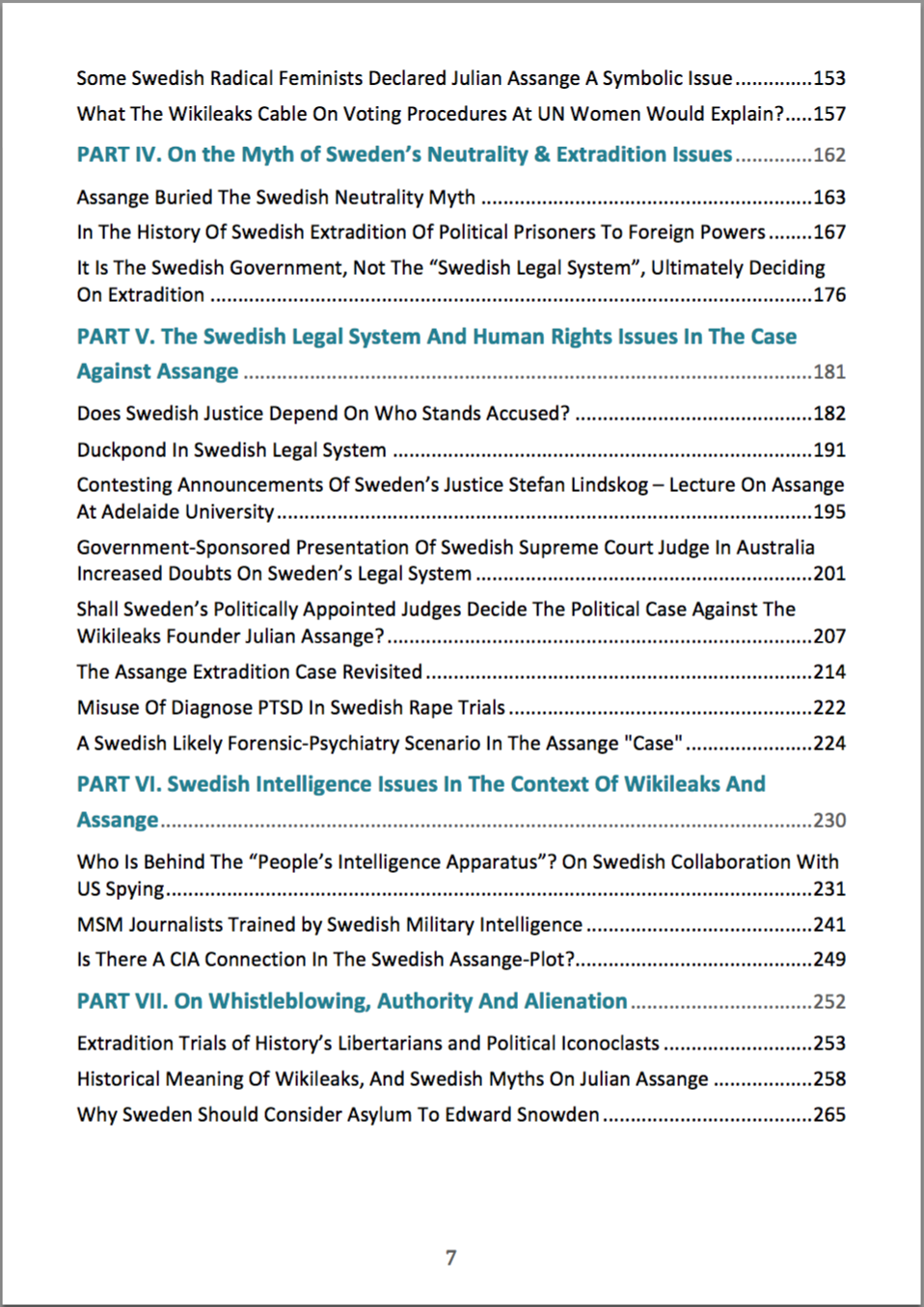 Posted by Marcello Ferrada de Noli (Italy) at 11:52 am