U.S. Attorney General Eric Holder does not prosecute U.S. torturers; he prosecutes those who speak out about U.S. torture. Will Julian Assange be next? By Jennifer Robinson

Professors blogg proudly presents a new masterly and thought-provoking piece by our distinguished guest columnist Jennifer Robinson. Jennifer is a London-based media and human rights lawyer who advises Julian Assange and WikiLeaks. During a chance encounter at Sundance, the author pressed Attorney General Eric Holder about his plans for WikiLeaks founder Julian Assange -- and his legacy. The article is a cross-publication of the article in Salon "When a WikiLeaks lawyer runs into Eric Holder" 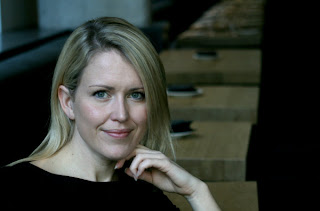 Guest column by
Jennifer Robinson
“Slavery by Another Name,” a documentary based on the 2009 Pulitzer Prize-winning book by Douglas Blackmon, premiered this year at the Sundance Film Festival. The story was new to me: Between the Emancipation Proclamation and the beginning of World War II, tens of thousands of African-Americans were arrested on phony charges, slapped with massive fines they could not pay, and then sold into labor to some of the biggest industries in the country to work off their debt. I didn’t expect to learn that slavery essentially continued for decades after the Civil War. And I also didn’t expect – on vacation from my legal work advising WikiLeaks and Julian Assange — to bump into Attorney General Eric Holder. Having spent the week before Christmas at Fort Meade, Md., attending the Pvt. Bradley Manning hearing – Manning is charged with passing classified material to WikiLeaks — I knew what I had to ask him.
As the last of the audience settled into their seats, the woman in front of me turned and took photos of people behind me. It was subtle, but others looked their way and smiled, nodding in acknowledgment. Not subtle enough. I turned too. I noticed a smiling, handsome African-American couple two rows back. On many occasions, I’ve been asked in interviews to respond to Holder’s public statements about the U.S. government’s criminal investigation into Assange and WikiLeaks. But there he was, in person, just steps away. I could not pass up this opportunity.
In November 2010, Holder announced a full criminal investigation into WikiLeaks, aimed at prosecuting Assange over the release of thousands of cables that embarrassed the U.S. government by revealing candid discussions among diplomats and corruption and human rights abuse around the world. Since that time, we learned of a secret grand jury investigation in Virginia. WikiLeaks supporters’ Twitter accounts have been subpoenaed. Media reports have long speculated about Assange’s imminent indictment in the U.S., possibly under the Espionage Act. (Assange is currently under house arrest in the U.K. pending his appeal of a decision that he be extradited to Sweden to face sexual assault charges.) A key concern is the threat of onward extradition from Sweden to the U.S. where Assange – based on Holder’s earlier announcements – risks being prosecuted for his work as editor and publisher of WikiLeaks, activity that we believe is protected by the First Amendment. 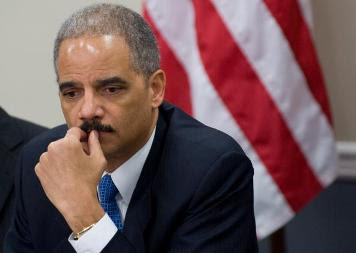