SUBJECT: USUN INSTRUCTION: SWEDEN'S CANDIDATURE FOR UNIFEM
CONSULTATIVE COMMITTEE
¶1.(U) This is an action request.  Please see paragraph 4.
¶2. (SBU) The Consultative Committee (CC) of the United
Nations Development Fund for Women (UNIFEM) is a committee...
...REF WEOG requests the
endorsement of the candidature of Sweden.  A silence
procedure will begin December 8, with an election (likely by
acclamation) on December 14.

the CC while UNIFEM transitions into the new gender entity.
¶4. (C) USDEL is authorized to not/not break the silence
procedure, and to support SWEDEN in the election for the CC
of UNIFEM.
CLINTON 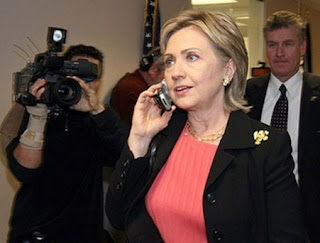 As described in the cable above, UNIFEM (UN Development Fund for Women) was in transition to become a new structure at the UN and that received the name of UN Women - the United Nations Entity for Gender Equality and the Empowerment of Women.

Sweden was finally elected with a seat in the privileged executive board and in representation of the cohort Western Europa. In fact, later in the new organization UN Woman, Sweden was given the Vice-Presidency of the Executive Board. "The assignment gives Sweden an unique opportunity to actively contribute during the critical consolidation phase of the new organisation", informed the Swedish Mission.
As the new organization UN Women 2011 is a merge from other four organizations operating in similar terms or aims  than UNIFEM, it is assumed that UN Women will continue the paramount activity of improving gender equality in the frame of the Human Rights, which of course it deserves warm support. However, the feminist movement in Sweden is heterogeneous, and there is a variety of ideological agendas ranging from the classical equality formulations to the extreme positions of radical feminists.
These sectors have - for instance - a) equated Swedish men with the Taliban, b) advocated for a "man Taxation" (all men should pay a tax to the Sate to compensate generations of "patriarch oppression"), c) struggle for the juridical and social decimation of the nuclear family as a central societal structure,  or d) have in occasions  put forward also culture-racist arguments as when treating the issue of "honour cultures" (hederskultur) - an euphemism used mainly by the some  extreme immigrant-hostile sectors in Sweden. (However the issue of criminality associated with "honour cultures" should be drastically addressed, in my opinion).
Based in this distinction between a sound, "classical-feminism" Swedish posture associated with issues of equality and human rights, and for the other part the extreme anti-gender posture of radical-feminists, it would be of the case to review the ideology most represented in the Swedish political delegation in such organizations. This mainly because the international influence of such organizations would do to the target nations or cultures very good, alternatively very bad, depending on the quality and ideology of the message designed to be spread and to educate in.
Beyond doubt, such organizations operating under UN are a platform for cultural activism particularly in countries of the Third World, which is i it self a mission to praise provided the message is correct, democratic and respectful of the host cultures (there is nothing evil per se with the practice of acculturation).
My query here is instead: Could be any hidden State-feminist agenda possibly be traced to the composition of the Swedish delegation elected 2009 at UNIFEM or thereafter at UN Women? b) In which feminist ideological platform are based, or are related to, the Swedish PMs, propositions and other documentation presented at UNIFEM or UN-Women?
To these ends I directed four simple questions (9/ 9 2011) to Mr Erik Scheller, political adviser  to the Minister for Gender Equality. After listened to my queries Mr Scheller said he would surely answer them but not by the phone. He asked me to put them in written form and email to him. So I did. And I was left waiting for the ASAP answer we agreed on the phone.

Very well written and keep up the good job.