Excerpts from the column published 27 February 2011 in 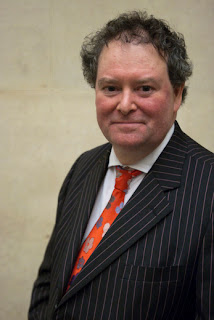 "Julian Assange will, according to the judge’s finding of fact, be held in prison in solitary confinement when he is returned to Sweden and will then be interrogated, held without bail and later subjected to a secret trial on accusations that have been bruited around the world, not least by this newspaper. He has a complete answer to these charges, which he considers false and baseless. Even if acquitted, however, the mud will stick and, if convicted, the public will never be able to able to assess whether justice has miscarried. This country, which has given to the world the most basic principles of a fair trial – that justice must be seen to be done – denies that basic liberty for those that are extradited to Sweden.

Mark Stephens. Photo Matthew Blaney
How come our courts abandon our cherished principles in deference to European systems and prosecutors? The answer is that they are bound to regard the prosecutors of no less than 26 countries, including Poland and Romania – as perfect. This is the result of the European arrest warrant (EAW), one of the civil liberties disasters bequeathed by the Labour government when it passed the Extradition Act in 2003.

This act, quite incredibly, allows European countries to deem prosecutors and even policemen “as judicial authorities” (a contradiction in terms, because they are neither independent nor impartial) and to pluck their suspects from the UK so long as they tick the right box on the EAW form. In Assange’s case, for example, they ticked “rape” and the court cannot dispute that the allegation is of rape, even though the leading authority on sexual offences, the Oxford Vinerian professor, Andrew Ashworth, disputes this characterisation. There can be no questioning on the merits of the charges – in 2003 parliament abolished the traditional right of a suspect to require foreign governments to show a prima facie case before dragging them off to unfair trials. An inquiry into the working of the EAW system has been set up and Assange’s appeal to the high court may demonstrate the extent to which it allows our judges to stand up against unfair European systems. In the case of Sweden, for all its civilised and rational approach to many criminal justice issues – especially sentencing – it is a human rights black spot in relation to solitary confinement, the lack of a money-bail system and ill-treatment of foreigners in the very prison for which Assange may be destined – all matters for which it has been condemned by the recent European Committee report on torture.

But nothing so breaches the most fundamental principle of justice as its custom of holding all rape trials behind closed doors. This, so the prosecutor Marianne Ny explains, is so that “complainants may give their evidence better”. Of course it is absolutely right to give complainants the protection of anonymity and to limit the right to cross examine them on their past, but it is utterly wrong to keep it from public view. . ."
Read the all text of Mark Stephen's column in Pakistan Observer here
s
Other posts on Assange & WikiLeaks in Professors blogg:

The justice system cant be trusted unless the trials are completely public!

Mark Stephens is completely right! The rights of the accused are being violated with these secret trials!