Article published originally in  Newsmill 11/01 2010
A London Court will decide today on the extradition of Julian Assange asked by Sweden. In the meantime new in formations arrive on preparations for a possible Assange trial in the USA. As to the Swedish involvement in the case, the debate has mainly focused on the odd technicalities around the juridical investigations put up against Assange. However, central political issues – in fact the backbone of this remarkable process – have not been wholly addressed. 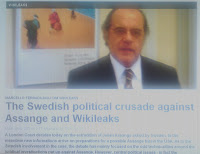 1. Sweden’s own political and geopolitical reasons

Sweden’s own political and geopolitical reasons to fight Assange and his Wikileaks project are viewed nowadays by his lawyers as a punishment or “vendetta” – a term I referred first in “Why Sweden revenge against Assange” (Professors blog 7/12-1010, republished by Second Opinion 8/12 2010) - for Wikileaks early exposures about a purportedly fake-neutrality in  Swedish international stand. But the Anti-Assange crusade should be also evaluated as a measure in preventing the impact of new eminent disclosures. New possible revelations about the truth of Sweden’s role internationally - on top of the recent disclosures - would make practically impossible for the establishment’s media to exercise the lenient cover up with which they seem to have indulged the politicians involved in such exposures.

Wikileaks disclosed concrete secret agreements between Swedish government officials and the CIA or the FBI  on the transference of private, political or sensitive information about Swedish citizens to the USA. These agreements were purportedly hidden from the Swedish Parliament and the Swedish public. The disclosures also evidenced the subservient role of Swedish rulers towards as series of USA initiatives in the military as well financial and corporative spheres.

There was the secret active Swedish help during the bombardment of Iraq shelters while Sweden boasted receiving as refugees victims of the Iraq war. There was a list of USA petitions that the USA embassy just handed over the Swedish government - to be implemented one by one through new pieces of Swedish legislation - on the issue of protecting economic interests of American corporations.

In all these revelations, as characterized by Christian Engström, a Pirate Party member of the EU Parliament , Sweden is presented as a willing  “marionette government” whose USA-loyalty goes well beyond the interest of their own Swedish nation and the integrity of its citizens.

In any other democratic country a disclosure of the caliber above would have lead to media turmoil, to constitutional accusations for something like treason, transference of information of national citizens to a foreign power, political crisis, etc. But not in Sweden. Although the aggravating disclosures, mainly published by the media abroad, the Swedish journalist hardly critically commented these reports. Only two minor political organizations - the Environmental Part and the Pirate Party - announced in soft voice political measures which at the end neither were fully carried on. 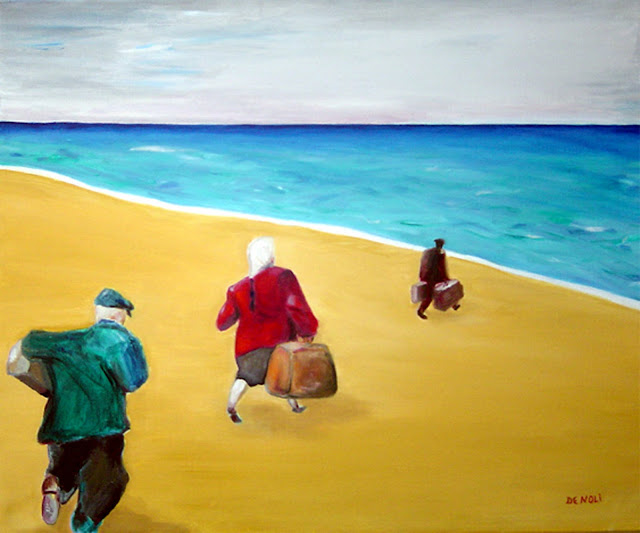 Are you sure about AA being Cuban? As far as I have seen, it is claimed that she visited Cuba and then had to leave and got in contact with exiled Cubans and so forth. But not that she is Cuban herself.

The plot thickens as the Swedish press reports on Karl Rove's (Rove is the PR spin expert who singlehandedly created the phenomenon that was George W Bush and simultaneously destroyed all his opponents with dirty tricks) likely involvement in all this. Seems like Rove is up to his old tricks again - only in Sweden this time. I strongly recommend people have a look at this article translated from Swedish before they dismiss allegations about Assange being set up: http://www.opednews.com/articles/Rove-Suspected-In-Swedish-by-Andrew-Kreig-101219-292.html

The whole Wikileaks/feminist controversy is starting to smell like classic Cointelpro tactics to me. The use of identity politics to divide the progressive movement dates back to the 1960s civil rights movement. I write about my sad personal experiences with all this in my recent memoir THE MOST REVOLUTIONARY ACT: MEMOIR OF AN AMERICAN REFUGEE (www.stuartbramhall.com). I currently live in exile in New Zealand.

I think u made a very thorough and sound analysis!

Less CIA, too much Swedish Alliance

I don't think miss Ardin is a paid CIA asset. Although she might have the right Cuba / career / social christian background, her twitters are too public...
Her involvement in 'Misceláneas de Cuba' (largely funded by the Swedish State development budget) is full of politicians and media people. Sweden has a small population and is not known for Latin America specialists. Ardin studie on Cuba is a very mediocre thesis. The Swedish participants of 'Misceláneas de Cuba' are almost limited to liberal media and (very) high carreer politicians connected to national/EU governments:

These kind of European elite groups pretend to be interested in 'human rights', but have many members who are conneted to (Military) Secret Services with regimes which are even worse than Cuba.
Alexis Gainza Solenzal, behind Misceláneas de Cuba
http://www.ishr.org/Program-of-the-International-Cuba-Conference.834.0.html

Less CIA, too much Swedish Alliance

I don't think miss Ardin is a paid CIA asset. Although she might have the right Cuba / career / social christian background, her twitters are too public...
Her involvement in 'Misceláneas de Cuba' (largely funded by the Swedish State development budget) is full of politicians and media people. Sweden has a small population and is not known for Latin America specialists. Ardin studie on Cuba is a very mediocre thesis. The Swedish participants of 'Misceláneas de Cuba' are almost limited to liberal media and (very) high carreer politicians connected to national/EU governments:

These kind of European elite groups pretend to be interested in 'human rights', but have many members who are conneted to (Military) Secret Services with regimes which are even worse than Cuba.
Alexis Gainza Solenzal, behind Misceláneas de Cuba
http://www.ishr.org/Program-of-the-International-Cuba-Conference.834.0.html

The reports I have read (you will find the links in my previous post http://ferrada-noli.blogspot.com/2010/12/new-reported-cia-connection-in-sweden.html) indicate their source being Granma and/or Prensa Latina.

There is also an article in the known Mexican daily newspaper EXCELSIOR - although in Spanish - in which its is clearly read "Ardin, nacida en Cuba" (Ardin, born in Cuba). The fulltext of the article - which also uses sources from the official Cuban GRANMA and it is signed by Pierre-Marc René - can be found in http://www.excelsior.com.mx/index.php?m=nota&id_nota=694902 .

Since Granma is the main Cuban newspaper and Prensa Latina the official Press agency of Cuba, I would therefore regard the information contained in those articles as well sourced.

About your concrete question on whether I would know for certain if lady A was born in Cuba, or elsewhere, I just can refer you to the publications mentioned. Further, the article in Cuba Sí by Yoama Chappottin Ford states that lady A is “a Cuban woman linked to terrorist Carlos Alberto Montaner”.

In the context of these informations, I would wonder how you can be identified by the Cubans as “a Cuban woman” without to have born in Cuba. In other words, if she was born in another country – for instance Sweden – there is no reason for the Cubans to hide that.

With this said, just let me mention that my point here of the “Cuban connection” is not aimed to established the locus of birth or the original or ulterior nationality of lady Ardin (she might well be Swedish, by nationality or birth), neither to fuel up a conspiracy hypothesis of a CIA involvement in a possible honey trap. I have stated clear in several posts that I personally do not believe in such involvement.

However, if lady Ardin would have in reality in her past connection with Cuban opposition figures with an operative experience (characterized as "terrorist" by Cuba), or if she would have consciously developed political activities in conjunction with organizations financed by the CIA or the like, then we perhaps would have a clearer assumption on what real political ideology, or interests, are behind her political moves in Sweden or elsewhere. Note that I say "assumption" since lady A could at present have another ideology or yet other motivations or agenda for her acting towards the discredit of Assange. Or who knows, perhaps all of that together.

That is why I consider that the Swedish journalists, instead to disregard everything as “rumors of the net”, conduct some research work on this matter for us the public get to know what is really behind the phony accusations. It is primarily their work, responsibility and profession, not mine. Hence, you should in the first place have asked for instance DN, SvD, Expressen or Aftonbladet. Or why not the law firm Bordström & Borgström. They have both initiated the new Assange case and taken the representation of lady A (“Det är vår advokatbyrå genom Claes Borgström som är målsägandebiträde”).