Not deterred by vilifying attacks 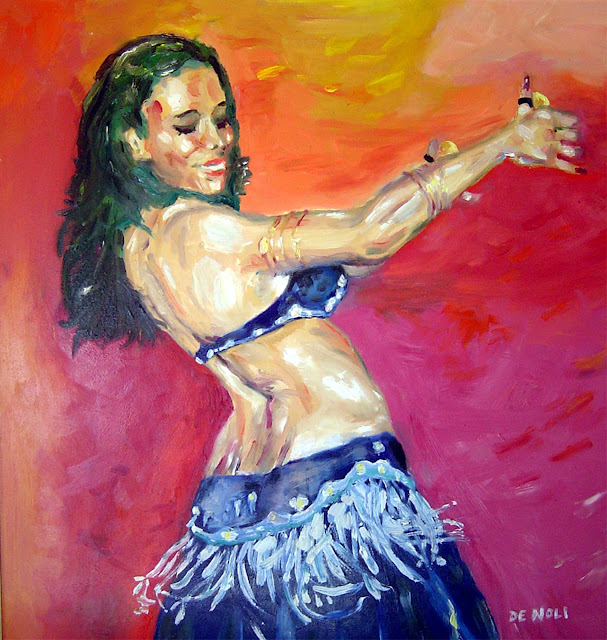 Can a man that adores women be called misogynist?
A man that worships the elegant dance of women as much he does respect their intellect?
That for years after years has brought his woman breakfast and newspapers to her bed?
And still does all the household shopping?
And still cooks happily, the 100 per cent of all the meals, day after day?
And opens gladly the door for any lady irrespective of class, ethnicity or age?
And, has been told recently, feminist colleagues which I respect have commented an article published in  Sociology Research 2004 [1] in which he denounced that the stress-related health-problems many women active in the labour market ascribed to burnout - and doctors wrongly ascribed to psychopathology – have instead to do with the unfair distribution of domestic labour; that said, while many men get pause and rest at home after the work, most women have to start to work anew as soon getting home? 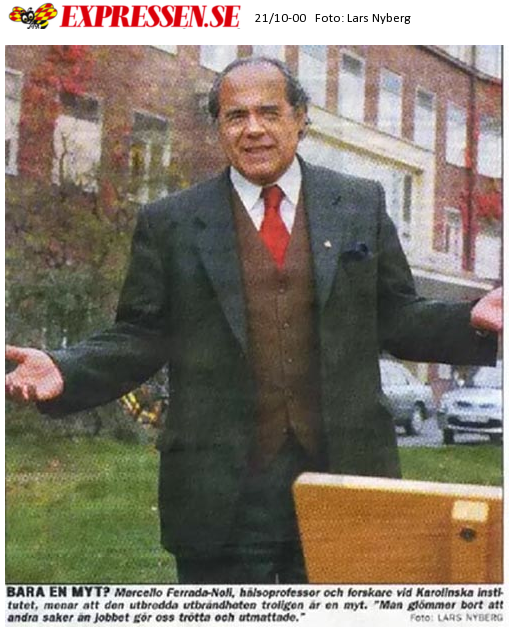 "Marcello Ferrada-Noli, health professor and researcher at the Karolinska Institute, says that the spread burnout is possibly a myth: 'Other things outside the job make us (also) tired and exhausted' " Expressen, 21/10-00 (Photo Lars Nyberg - Expressen)
And when Expressen asked Mona Sahlin, the former leader of the Social democratic Party and long-time minister at Göran Persson’s government, on her opinion specifically about my thesis above (first published in DN) [2] she said I was “degrading” Swedish women by reducing their (stress) problems to uneven distribution of domestic work, [3] and thus I would be denying the “progress” of Swedish women’s emancipation”!? (Which is another myth. For State “feminists” care less for the rights of women at large than what they do for their personal positions of privilege achieved misusing women’s struggle). 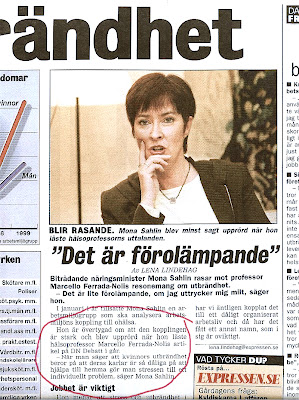 Can be accepted that a man that has put forward gender equality in his concrete initiatives, actions and behaviours, be called misogynist by crazy or criminal trolls (slander is a criminal offence in Sweden), and also by hypocrite clowns,  self-declared "feminist" men that in concrete have done nothing for that egalitarian struggle?
What have those fake Twitters voices in concrete done themselves to liquidate the unfair under-representation of women both in positions and salaries in the Swedish academia and elsewhere – a theme one is now agitating in Twitter on the backdrop of the active misinformation campaign about Assange and supporters’ stance on State “feminism”?


Who are these foreign agents in the media, social media or academia, knowing practically nothing about Sweden and the actual supremacist-gender perspective determining a great deal of the policies, including sex-offence legislation, idem courts, etc. while the real women’s social emancipation issues are left behind? In fact, by the same rulers whom these fanatic-“feminist” posers have never criticized during this under-design agenda debate?
I have been slanderously accused of hating Sweden while in fact, I love Sweden, THAT IS WHY I have criticized a number of politicians or their journalists coryphées that really have injured Sweden’s international name - while unfairly and maliciously putting the blame on Julian Assange; To criticize some aspects I see with some concern to be growing in some sectors of the Swedish society - such as cultural-racism - does not make me an enemy of Sweden!  I have been slanderously accused of hating the US while in fact I am with proud a Harvard Medical School postdoctoral alumni and former Research Fellow, I have said in these columns loving the Thomas Jefferson’s democratic and libertarian spirit and expressed my praise for the US Constitution and for the American people which have respected that fine tradition -- although I oppose NATO imperialistic wars and occupations or exploitations of poor countries waged by corporate leaders and supported by some vassal politicians in Sweden. In fact, a similar respect for the old American Constitution was expressed by Julian Assange in the notable CBS 60' interview with Steve Kroft.

I have been slanderously accused of hating women, while in fact my entirely life I’ve loved women; And slanderously accused of “favouring the honour-killing of Muslim youngsters” and even of being a “honour-killer supporter”, while in fact I have denounced the cultural-racist campaign against Muslims – women and men - in Sweden while advocating Human Rights for All, gender equality for all. [4]
Lie after lie, insult after insult. These immoral intellectual gnomes have used Internet’s free pass for their grotesque attacks on me and any who dare criticize "official" Sweden’s miserable handling of the Julian Assange case.
Why this “sudden” verbal engagement for Sweden’s women rights by the exactly the same Fifth-Column mercenaries that have previously tried discrediting Assange and WikiLeaks with their hidden, cowardly participation in the political/media campaigns we have denounced?
I am getting really sick-and-tired to hear about this entire “misogynist” litany by this bunch of offensive/criminal trolls in their ultimate aim to discredit Julian Assange. Getting fed-up with their lying, fabricating, slandering and misrepresenting the positions of WikiLeaks, Julian Assange and the public supporters these “critics” have picked-on.
And it might turn out that, in their attacks, they have picked on the wrong man. For I am not the type like these gusanos that reply by playing the victim, while seeking shelter under their keyboards: A common tactic these trolls have used every time they are challenged for their lies and disinformation. These trolls try to wear Assange supporters down with their insults and their disinformation. What I will do is continue to stand up and tell the truth. To the bitter end.
Words that count
Yet, in spite of everything said above, the one and only thing that for me matters regarding this issue is what I was told yesterday 16 of June 2012 by my own beloved daughter (Swedish author and feminist, nominated to best Swedish debut author 2010), while sitting outside a cottage in wonderful Österlen in Southern Sweden, having tea and scones and talking about solutions for planet Earth, “Father, I know you are a feminist”!