Also in this series:

“We would need to look objectively at the motivations of violence, including murder, to say in what socio-economic, religious or cultural context the problem is greatest. . .We also need to examine what is meant by honour killing and how a murder becomes classified as one. My point would be that honour killings take place in western societies, too, but they are classified as violence against women or murder, not as honour killings.” (Traci Birge) 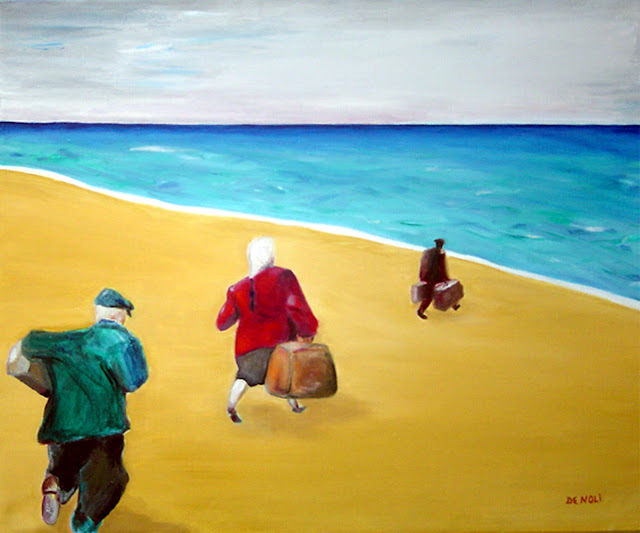 
Professors blogg publishes this new contribution by Traci Birge, which partly develops on some arguments touched upon in the post "Throw them all out", but also going deeper in a rationale of her own. I consider her points as highly interesting for further discussion in tackling with this intricate and seemingly paradoxical phenomenon.
“Honour-related killings” in Sweden do occur, indeed, as do occur passion-killings among the white, Swedish-born populations. One question thou for the epidemiology scientist would be to establish empirically, out of facts, how many of such killings have really taken place. What forensic base would we have to refer the problem as ”behaviour” intrinsically related (or “determined” according to some) to a given “culture” or ethnic group; or whether Sweden would be facing an “epidemic” of such cases. Or to whether the solution would be in that purported case to “Threw them all out”.


So far evidence is pointing that Sweden is in reality NOT confronted with such epidemics of honour-killings from the part of the Muslim immigrants. I have been able to establish that only five honour-killings were committed between 1984 and 2010 in Sweden, implicating the Muslim community of about half million citizens and residents of Sweden, and the five percent of the country's population.
The actual prevalence of "honour-killings" among Muslims in Sweden is, expressed in rate: 0,1 cases per 10,000 individuals in the Muslim population!
Although the statistical estimation is new, the number of cases in which my calculation is based cannot be considered as a “new” finding; Rather as a disclosed “hidden” finding, which goes straight against the implicit theses that the Swedish government agencies, the media and the research community has been emphatically maintaining for years. For instance, in February 2012 it was revealed that the Government has expended 34 million Euro in the last ten years for the campaign against “honour-related violence and oppression” directed to such ethnic/religious group! [1]
In an upcoming article in this series I will be further examining the issues above. I will also met Traci’s observation on the role of the media, which she put forward in her text here.
Traci Birge is an American scholar, nowadays living in Finland. She advocates transparency and evidence-based journalism. Among other things, Traci has worked in Sweden as a researcher and in Kenya as a consultant for the United Nations Environment Programme. She is currently completing her Ph.D. at Åbo Akademi, Finland./ Prof. Ferrrada-Noli
Submitted text
by Traci Birge
Was discussing Prof Ferrada de Noli's 'honour-killing' theses yesterday with someone close to me who follows the anti-immigration fora in Finland. This interlocutor said that this "non-phenomenon" of honour killings is certainly used to justify racist ideology in Finland.
What I got out of Ferrada de Noli's text was that we need a real breakdown of murders and their driving motivations before we can say whether there is some kind of "honor-killing phenomenon" happening. Such breakdowns were not referenced in the proposed research plan because they do not exist. Yet, the ethics committee accepted the research proposal despite these shortcomings. Of course, this is exactly the type of pseudo-science natural scientists criticise social scientists for, but I digress.
We would need to look objectively at the motivations of violence, including murder, to say in what socio-economic, religious or cultural context the problem is greatest. As Ferrada de Noli's pointed out in his article, we also need to examine what is meant by honour killing and how a murder becomes classified as one.
My point would be that honour killings take place in western societies, too, but they are classified as violence against women or murder, not as honour killings. Yet, when a man kills a woman for a perceived slight (infidelity, for example) is that not an honour killing? Often in Western society, it is classified as a crime of passion (which partially absolves the attacker from responsibility, which is based on the idea that some people –men-are unable to control their tempers and this is regrettable but understandable).
So, what is an honour killing and why is it used exclusively to refer to “the other”?
Society tends to classify different murders/killings with different severity or repugnance. For example, we are particularly outraged by hate crimes (crimes committed against people because the perpetrator holds a particular prejudice). If honour killing is repugnant (and it is) because it is the ultimate example of male control over female lives and bodies, then the term should be applied to all such killings in which someone is killed by someone they know specifically because a desire to control that person and because of gender.
But, then, where do other types of “honour killings” fit in? Revenge killings, for example, are often about “honour”. What about Western men threatening women with violence or even death (“if I ever catch you with another man, I’ll kill you”)?  Are these not honour killings?
The part of Prof Ferrada de Noli's text I disagreed with was of too many articles on honour killings. I understand he is criticising the perpetuation of a racist stereotype by pointing out the disproportionate number of articles on the topic in the media.  Although I agree that this results in unfair stereotyping of Muslims, I do think it is a topic that should receive wide coverage, the same as hate crimes, especially when such killings occur.
Undoubtedly, we need more research on the topic of how people who experience violence and flee violence can be best served and protected before these victims become bodies. This holds for both members of minority communities as well as of the majority Swedish population.
Perhaps the Swedish social scientists could investigate the statistics on the amount of killings and murders in Sweden where the perpetrator was either family or closely associated to the victim and the crime was carried out as a way to “redress a perceived grievance”. Then, these statistics could be broken down in any which way-socioeconomic status, age, gender, religion, nationality, etc.
Of course, if such statistics do not exist, they need to be collected first.