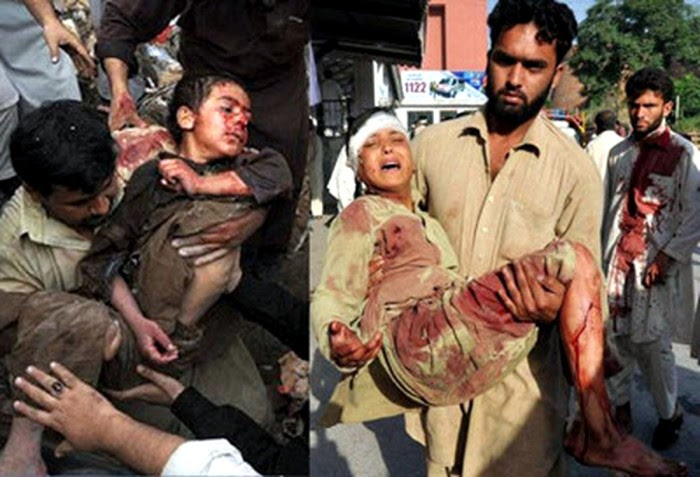 After one of the 381 US-drone strikes in Pakistan

While conducting the supervision of a Master Thesis in the subject injury epidemiology at the Karolinska Institutet, [1] I came to the reflexion that the actual number of fatalities in war-related events such as combats or air strikes, might be significantly higher than those reported in the “body counting” sites, also used as sources by the media.

Concretely, I realized that the figures did not include injured individuals that died after been transported as wounded to other localities, such as hospitals or camps. The demise occurring after, even long afterwards, and as consequence of injures received in the combats or air strikes. In other words, media reports on “war casualties”– in the context of the given combat or air-strike event which is the subject in the report – invariably refer as fatalities only to those who perished in situ and at that very occasion.

The findings, which I reported at international Injury Research conferences in Vienna, [2] and Prag 2004, referred the following epidemiological problematic leading to an underestimation in the assessing of casualties:
Now, if the above estimating-problem is huge referred to regular military personnel reported as fatalities, it is just logical to conclude that such bias is higher prevalent when referred to civilian populations victims of drone-strikes. This, partly because of the areas targeted commonly correspond a) to countries with poorer hospital facilities or epidemiological administrative services, b) to areas populated mostly by poor people, that due to SEC-factors would have lesser possibilities to have their peers’ fatalities (long time after the injury-event) reported.

I argue that a similar situation occurs with the multiple reports in the international Human Rights community trying to assess the impact of drone-strikes amidst the civilian population. The reports refer partly to civil casualties derives from drone-attacks, and partly to the physical collateral damage in the humble infrastructures and habitat of the victims.

On the other hand, the wider the number of reports, the more imprecise is growing the epidemiological estimate of drone-related fatalities or drone-related injuries at all. Also, important media outlets and blog reports have focused on this issue.

Counting of confirmed civil casualties caused by US drone strikes

1. The figures I present here correspond to confirmed cases of fatalities. Hence, they do not include a further estimation referred to


a) victims that died long time afterwards, as  a sequelae of injuries received at the strike.
b) victims as the result of fatal events reported as “likely caused by drone-strike”
c) fatalities reported as drone-strike related but that correspond to other so-called cover operations

2. I present these figures as a “meta-estimate”, meaning that it corresponds to calculations I made based in the public sources available (See source down below).

Total number of  casualties among civilians

Total number of  casualties among Children