An Appeal to the People of Sweden and their Government. By former U.S. Senator Gordon Humphrey

Breaking: Against the backdrop of the Snowden/Russia developments, former U.S. Senator Gordon Humphrey sent this important appeal to the Swedish authorities and people, to be first published in Professors blogg. Excerpts of the document where published afterwards by Politico. I consider his document highly relevant for the issues at stake around the human-rights situation of whistleblower Edward Snowden. A Swedish translation will soon ensue this publication./ Prof. Marcello Ferrada de Noli, publisher of Professors blogg. 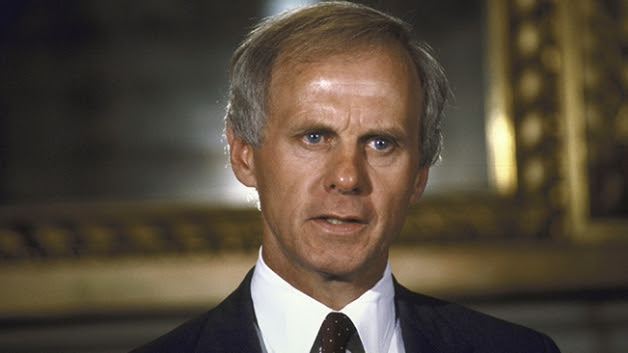 A Plea to the People and Government of Sweden

by Gordon Humphrey, former Senator in the United States Congress

Edward Snowden is a courageous whistle-blower, who has performed a great service for the people of the United States, revealing astonishing lawlessness on the part of the American. government.   For reasons cited below, I urge the people of Sweden and their government to offer Mr. Snowden asylum.

Firstly, the U.S. Constitution provides that "the right of the people to be secure in their persons, houses, papers, and effects, against unreasonable searches and seizures shall not be violated …"  Notwithstanding this vital guarantee, our government is routinely spying on millions of innocent, unsuspecting citizens, without probable cause to believe they are engaged in wrong-doing and without the issuance of a search warrant issued by a lawful court.  This, surely, is the greatest scandal in American history against the people and their Constitution.  Mr. Snowden was justified in disclosing it.

Secondly, as long Snowden remains within easy reach of Russian intelligence services, he and the knowledge he carries are in serious danger.   While the Russian Federation has made progress in many areas, her government does not yet consistently practice the rule of law.  The persecution and imprisonment of dissidents -- Andrei Navalny being the latest -- along with murders of reporters exposing government wrong-doing, such as Anna Politkovskaya, present a clear picture of repression by those in power -- or their supporters, many of them ex-KGB.

Russian intelligence services are no less determined than others to get what they want.  For the moment, in advance of the September G20 meeting in St. Petersburg and a possible meeting between Presidents Obama and Putin, they are on their good behavior.   What resides on Mr. Snowden's computers is not known, however what is certain is, that he has a great deal of information in his head that Russian intelligence would use against the the U.S. and other Western nations.  The longer Mr. Snowden remains in the Russian Federation, particularly if he fades from view, the more likely he will be subjected to efforts to make him talk.   While Snowden recently stated not even torture could succeed, he can easily be drugged, for example.

The irony is, that the United States government trapped Edward Snowden in the Moscow airport by canceling his American passport, making it impossible for him to leave.  After thirty days in a transient lounge, it is understandable Snowden would accept a temporary pass to move about.  Meanwhile, Washington is so utterly fixated on capturing Snowden and making an example of him, it seems unable to think clearly.  Allowing Snowden to leave by restoring his passport, while raising no objection to asylum offered by a country such as Sweden, with its impeccable record of acting responsibly in its affairs, is an immediate solution that would ensure the safety of both Mr. Snowden and his knowledge.

Thirdly, Snowden has been accused by high level American officials of treason, a crime that carries a death penalty.  Treason can only be charged when a citizen has made war against the U.S. or given aid and comfort to its enemies.  In that regard, some accusers argue that the U.S. is at war, de facto, with al-Quaida, and, thus, the charge of treason is sustainable.  While it seems unlikely the government can actually try him for that crime, Snowden has been quoted as expressing concern for his life and his safety, should he be forcibly returned to the U.S.   Meantime, he has been charged with three crimes already, for which he could spend thirty years in prison.  It's clear Washington means to make an example of Snowden and will go to any length to snatch him, witness the recent forcing-down of the Bolivian president's airplane.

Whatever becomes of Snowden, Washington has already frightened anyone who might think of blowing the whistle on government lawlessness in the future.  If Snowden is imprisoned, an impenetrable, smothering curtain of silence will descend in front of those who might think of putting conscience foremost.
Out of all of these concerns, I raise a plea to the people of Sweden and their government to grant asylum to Edward Snowden.  He is a whistle-blower, not a traitor.  Courageously, at at great personal cost, he has done his country and those everywhere who love freedom and the rule of law a great favor.

Sweden is the ideal asylum.  Your country enjoys a long-established reputation for upholding the rule of law and human rights.  While friendly towards the United States, Sweden is firmly-principled and independent in its foreign policy.  Yet, Americans could rest easy, assured that Sweden would not take advantage of the U.S while providing a safe asylum to Edward Snowden.  Importantly, Stockholm is but an hour's flight from the border of the  Russian Federation, by a route that avoids countries likely to cooperate with the U.S. in closing their airspace to an aircraft carrying Mr. Snowden.

Gordon Humphrey is a former United States Senator (1979-1990), who served on the Foreign Relations Committee, Armed Services Committee and Judiciary Committee.  A conservative Republican, he has increasingly spoken out in recent years against what he regards as growing arrogance in Washington.