Indicting Julian Assange represents a dramatic assault on Free Speech, journalists, and the public right to know. By Jennifer Robinson

Professor blog proudly presents a new outstanding contribution by Jennifer Robinson, the acclaimed London-based media and human rights lawyer. She also is a legal adviser of journalist and publisher Julian Assange, the founder of WikiLeaks – organization recently awarded the Walkley Award for most outstanding contribution to journalism. Jennifer Robinson treats in her column important issues on the reported U.S. indictment of Julian Assange; a principal aspect being the impact such an indictment - secretly prepared against Australia's most celebrated journalist - "it will have on free speech in Australia and around the world". Jennifer Robinson is a guest columnist in Professors blog./ Prof. Marcello Ferrada-Noli
Indicting Julian Assange represents a dramatic assault on
Free Speech, journalists and the public right to know *
By Jennifer Robinson 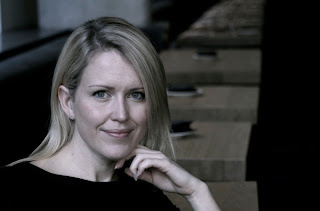 WikiLeaks's latest release of confidential emails obtained from the US private intelligence firm Stratfor indicate the US Department of Justice has issued a secret, sealed indictment against Julian Assange. While the Department of Justice has refused to confirm the existence of the Assange indictment - it refuses to comment upon any alleged sealed indictment - the Stratfor email is the best confirmation we have of the long-stated concerns about the risk of Assange's extradition to the US to face criminal prosecution for his publishing activities with WikiLeaks.
The email was from Fred Burton, Stratfor's vice-president for counterterrorism and corporate security, and former deputy chief of the Department of State's counterterrorism division for the Diplomatic Security Service. On Australia Day last year, Burton revealed in internal Stratfor correspondence: ''Not for Pub - We have a sealed indictment on Assange. Pls protect.''
Following the announcement by the US Attorney-General, Eric Holder, of criminal investigation into Assange in December 2010, the US government has refused to give further comment on its plans to prosecute him. The grand jury is secret. Our appeals to military courts for access to the Bradley Manning proceedings were denied. The Australian government has consistently claimed to have no information from the US as to whether they will prosecute Assange and seek his extradition.
The question we must now ask: if a Texas private intelligence firm knew of the sealed indictment for more than a year - why doesn't our government? Did the government know? Was its denial of knowledge dishonest?
It is rather ironic, and an embarrassing indictment of the US-Australia alliance, if the Australian government learnt this information, as we have, through a WikiLeaks release. Indicting Assange represents a dramatic assault on the First Amendment, journalists and the public right to know. Assange, whose organisation was recently awarded the Walkley Award for most outstanding contribution to journalism, faces criminal prosecution - marking the first time a journalist has been prosecuted for allegedly receiving and publishing ''classified'' documents.
The Australian government must rectify the damage to its international reputation by our failure so far to acknowledge - and protect - our most celebrated journalist and be mindful of the impact it will have on free speech in Australia and around the world. The Prime Minster, Julia Gillard, has bent to US pressure on WikiLeaks and wrongfully accused an Australian citizen of illegal conduct, and the former attorney-general Robert McClelland pondered cancelling Assange's passport but Kevin Rudd, as foreign minister, told the pair to back off. He may be on the backbench now, but Rudd was right.
The correct legal analysis, provided by other lawyers in Parliament, Malcolm Turnbull and the shadow attorney-general George Brandis, SC, is that publication of classified material of foreign powers - even friendly ones - is not a crime in Australia; nor is it a crime in the US. That is also the legal advice of the Australian Federal Police, who concluded Assange had committed no crime here. Prominent academics in the US agree Assange is entitled to the protections of the First Amendment.
But any constitutional challenge for Assange will come years down the track. The Stratfor emails disclose a strategy: ''move him from country to country to face various charges for the next 25 years'' and ''[bankrupt] the asshole first … ruin his life. Give him 7-12 years for conspiracy''.
What happens to Assange in the US in the meantime? We need only look to the treatment of WikiLeaks's alleged source, Manning, who has been kept in degrading conditions, including solitary confinement, for more than 18 months pending trial. According to Burton, in another Stratfor email disclosed yesterday: ''Assange is going to make a nice bride in prison. Screw the terrorist. He'll be eating cat food forever.''
The Australian government must learn from its mistakes in the David Hicks case and act now. Assange is an Australian citizen and we must protect him, and protect our country from international condemnation for our failure to act, knowing the treatment Assange will receive in the US.
National sovereignty and the protection of Australians abroad have so far been sacrificed to US interests in this case. A real friend of the US will, at times, criticise, as all friends must. Australia must ask serious questions of the US about its plans to prosecute Assange. Australia should exercise diplomatic protection and seek undertakings regarding his treatment. Assange deserves the protection any of us as Australian citizens deserve. What if it were your son or brother or friend? Would you feel satisfied with our government's response?
In the case of Schapelle Corby, the former attorney-general Philip Ruddock sent senior lawyers to Indonesia on our government's behalf to arrange her defence. They said, ''the fact is, she is an Australian national in trouble overseas, and the consequences are extremely severe, so there just wasn't any hesitation''. Assange is surely as worthy of our protection as the ''Bali boy'' who, having admitted drug possession, received a phone call from Ms Gillard and the highest level of consular assistance. Assange has not received anywhere near that support. Quite the opposite.
Whether or not the government knew before, it certainly knows now. The Prime Minister, the Attorney-General and the new foreign minister must take action. Nicola Roxon, the Attorney-General, campaigned hard in opposition to bring Hicks home, urging the Howard government ''to take urgent action to protect this Australian citizen they have so far neglected for such a long period of time''. She has so far remained silent. But if she can go into bat for Hicks, she can go into bat for Assange. The government must protect Assange, not just because of who he is, but because he is Australian. And, as the Stratfor emails confirm, an Australian is at risk.
Jennifer Robinson
* Published as Opinion article in the Sydney Morning Herald,