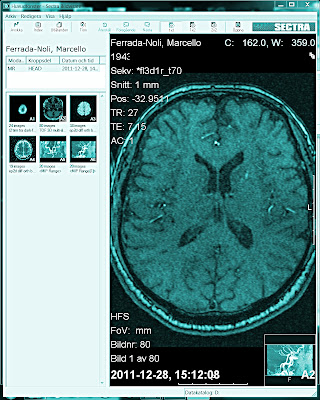 As some of you knew already, I had a vascular episode about two weeks ago, December 2011. During examinations while at the Stroke ward, a CT scanner showed a partial stenosis of a vertebralis arteria, which would indicate possible influence in a cerebellum region. On January the 1st 2012, after only a couple of days back at home from the hospital, I suffered a new episode, and thus transported anew to the emergency ward. I have not communicated this before in the hope everything would soon comeback to normal.
It will not be that soon, seemingly. After a conference today I am obliged to reach the conclusion that I have unfortunately to interrupt my writing activities, even in the low pace as I have lately maintained. This means that I will now “close down” the Professors blogg, as well as my participation in other publications elsewhere.
The blog has survived the lasts weeks solely thanks the valuable contributions of guest columnist Andrew Kreig, Media and Human-Rights lawyer Jennifer Robinson, and author Naomi Wolf (whom agreed the 5 of January 2011 the republication in Professor blogg of her article The Streets of 2012). Other materials published in the period and authored by me. corresponded in fact to submissions before the said episode. I thank to these mentioned colleagues, warm and genuinely.
There are four drafts I had prepared previously in December 2011 around the case against WikiLeaks founder Julian Assange. I hope that in some way or another this material will be published elsewhere not so long in the future. My main purpose in these articles is trying to persuade serious Swedish Assange allies of the necessity of enlarging the supportive social force for this cause, instead of further isolating in Sweden the cause of Assange through alienating important societal groups or individuals that may feel wrongly identified as hostile. My conviction is still that the campaign in Sweden against WikiLeaks founder Julian Assange has been initiated/implemented by a limited number of political officials, a limited number of journalists, or a limited number of opportunist feminist activists. Altogether they do not represent Sweden as a whole, their political parties as a whole, all Swedish feminists, or the total ranks in the journalist collegium. The main part have not yet express their opinion and as the happenings approach they will most certain feel ethically obliged to declare their stand, about what is truth, what is justice, and what is history.
Above all, the singular instigators of the nasty campaign against Assange do not represent the noble Swedish people at large; a Nation that - as I have repeatedly characterized in the Professors blogg - is for the most part amiable and sincere, hard working and honest.

I wish you all a wonderful life, and much triumphs in your honourable cause of Human Rights for all. 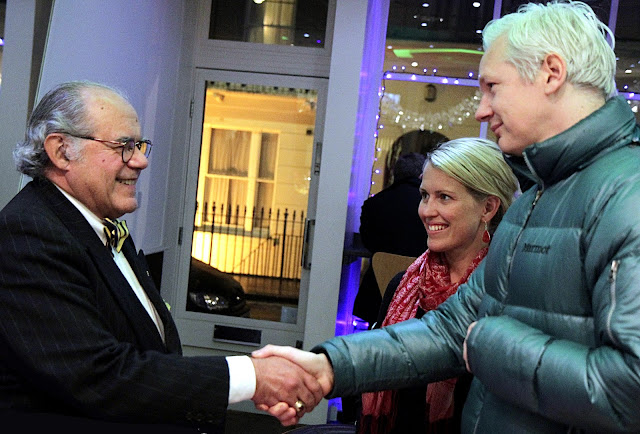 thanks for all your hard work, I sincereöy wish you all the best.

May you always be able to find something to help you smile through this medical adversity. Thank you for all you do. Come back soon, we will be awaiting your next blog. Much love from NYC, Shane

Thank you for your sincere work and wish you well soon.

Wish you all the best and thanks !

Your contribution to the cause of human rights has been duly noted. Rest assured that others are continuing the quest to establish the dignity of the individual and the idea of freedom of expression. Well done, my friend.

Wishing you a much speedier recovery than you currently expect. Get well soon!
x
Bella

Sorry to see an Old Oak Anchor recede. Your contributions will be remembered. Hope to have you back here but in the event that your body succumb to the forces of nature we wish you a good trip to the place we all go in time.
Keep in touch. In our lifetime the will to survive sometimes overcome the demise of the genetic structure. Best of luck with your recovery.

All the best wishes, please rest up well and be sure that your work will continue in your absence,- you are not alone!

Wishing you all of the best, get well soon.

We are waiting for you. Get well soon!

Professor, your posts are very valuable and lot to learn,
wish you get well soon!

Im very sorry about your health issues! This blog is one of the few accurate and tough blogs around fighting for human rights and common sense!

My thoughts are with you for a speedy recovery

Sorry to hear about your health trouble professor - I enjoyed occasionally catching your take on the Assange case and in fact I was in the process of writing a response to your 'myths' article which I think would have interested you.

Hope to see you back in the blogsphere soon.

Get well soon and come back soon!!!
THX for your work!!!

Olof M says, many many thanks for your very hard work, which will and is paying off. Please get well soon so that you can travel across the Alps and walk with us in the Black Forest in May!
Bless you
Olof M