EC to stop Facebook's harvesting of personal information. But Swedish connection could be worse than ad-targeting operations

Updated 24 December 2011
Facebook had taken formidable steps in following Visa and Mastercard plans for the selling of personal information of their users to companies with ad-targeting purposes. However, the personal information that Facebook will store about its international users at servers located in the Swedish Arctic might be also target for intelligence gathering and transference to US Intelligence services. This, partly according to the new Swedish surveillance law (FRA lagen), and, partly due to the secret agreements between Swedish officials and US Intelligence services previously exposed by the WikiLeaks cables.


Further on Sweden and WikiLeaks
by Marcello Ferrada-Noli

Photo of the event in Sweden. From Associated Press article [1]
No wonder why Facebook has chosen Sweden for the installation of its first server outside the USA. The facilities will be allocated in northern Luleå [architect design in picture  below] and it is argued that Swedish climate will favour the servers' well-being. I guess they mean not primarily the cold weather but instead the warmest Swedish political climate for US-owned industry, commercial & corporate  business and NATO interests.

The Swedish government - according to the WikiLeaks disclosures - has promoted legislation to protect such US commercial interests at the direct request of the US Embassy in Stockholm. The Swedish government became also internationally notorious for their secret agreements with US Intelligence services (hidden from the Swedish Parliament) devised for the transference of personal and political information registered in Sweden.

Facebook has been  recently srutinized in by an Irish data-protection authority on behalf of EU, which gave severe criticism. Facebook is now facing stop in the "harvesting" of personal information on shopping habits from the part of the European Commission, [2] or in general, of all information about Facebook users that can potentially transferred to corporate business (in the same fashion than colleagues Visa and Mastercard, see below) I wonder whether the information about Facebook international users that will pass or be stored in Sweden will also fall under "Intelligence material".

In this case it is also a material subject to be included in the  transference of sensitive information according to the secret agreements between Swedish government officials and US Intelligence services also disclosed by WikiLeaks. In this context it is worth mentioning that according to the new surveillance-legislation (FRA-lagen, also promoted by USA in Sweden) all the cyber information passing Sweden is subject to be targeted by the Swedish Intelligence apparatus. The law was approved in 2008 at the epoch in which the secret agreements between Sweden and USA Intelligence services was under discussion.


Visa and Mastercard retaliated against Wikileaks
I have expressed in this column that the rage of USA and Sweden against the WikiLeaks founder Julian Assange and WikiLeaks.org is motivated far beyond the disclosures on "political" behaviours of government officials. It is because these political behaviors are in fact mainly concerned with the defence or promoting of the big corporate industry and business. In these regards, there is a total convergence between the ruling classes in USA and Sweden. We saw this distinctly in the WikiLeaks cable exposing the instruction of the US Embassy to the Swedish government in order to concrete legislate and crackdown on  "file-downloading" in detriment of US corporate business interests. That is also the real background of the Swedish trial against the Pirate Bay.


Of course Visa and Mastercard would sooner or later retaliate against WikiLeaks. They are retaliating against transparency. Against the interest of the simple, humble customers. WikiLeaks has become in this regard an international spokes organization representing the interest of all, even isolated individuals, which all together form the deceived masses of a world governed by greed. Governments are only servants of such design. 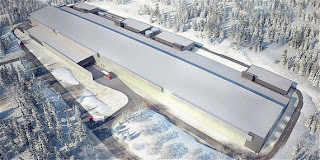 This is what Visa and Master card are up to as ad targeting is concern. Visa and Mastercard are planning in secret to register all card-users detailed shopping in order to sell such personal information to the rest of the commercial corporate world.
As revealed in a brief report by Juan Flores in Dagens Nyheter, 29 October [3], based in a publication by the Wall Street Journal, [4] Visa and Mastercard companies have found a technique consisting in the following: The shopping and the place where the customer uses the card is then connected to commercial advertising which is activated at the customer’s computer screen at the moment he/she is on-line.
The information is cashed as shopping behaviour or customer preferences. The article in the Wall Street Journal informs that a report prepared by Mastercard sums up the concept,  “after all you are what you buy".
But what we buy is not always what we need, certainly in the information front. Advertising aside.
No wonder Visa and Mastercard have declared transparency Wikileaks their archenemy, and seek its economic strangulation.
In the context above, the London “Cyberspace” Conference - conveying a selected list of business and government executives including Facebook officials and the foreign ministers with interests in the extradition process against WikiLeaks founder Julian Assange (UK, Sweden and USA) – studied recently as principal theme (Part I of the Conference), "Economic Growth and Development - Realizing the benefits of a secure cyberspace for international economic growth and development and use of cyberspace as a prosperity multiplier."
More Visa, more Mastercard, more business, more oil, more war, more profit, more greed. Nada WikiLeaks! 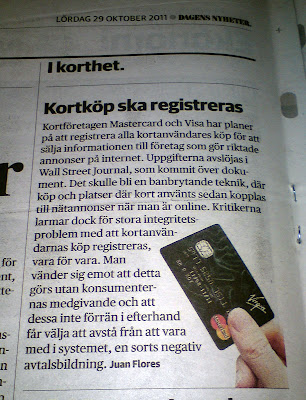