Swedish updates on the Assange-case 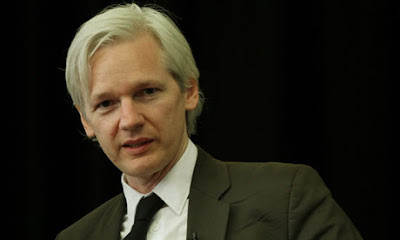 [Photograph 2010: Graeme Robertson for the Guardian]
Dear readers of Professors blogg,
Because of some treatment-complications ensuing an accident with my racing bicycle in Italy I was unable to edit updates in Professors blog during these two month. Now it is all back to normal. At the times around that episode I was engaged in the following items: a) preparing the publication of a new Naomi Wolf’s column, b) preparing the filling upon the Swedish Broadcast Authority regarding the rigged documentary on Assange, d) completing the analysis of such documentary.
Several things have happened around the Assange case during the last weeks. I will light up here those I found most interesting.

1
In the reporting front we have seen the debut of the formidable site “Sweden Versus Assange”. This is a highly professional source of updated background information on the case, style-eclectic and with a valuable objective profile. The site is also aesthetically appealing, with sober colour-matching and comfortable fonts. A journalistic delight that Professors blog sincerely recommends as valuable source to its readers.
2 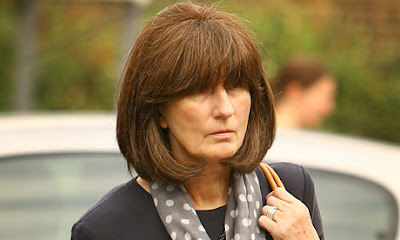 A new legal-team has taken Julian Assange’ defence. Just their names says it all: Gareth Peirce, the world-famous British human rights advocate, and Ben Emmerson, also known for human-rights related legal assignments, such as UN special rapporteur on counter-terrorism and human rights. The Guardian (8 March 2011) presented Gareth Peirce among the "top 100 women" with the text "Lawyer whose battles against miscarriages of justice have changed legal history". She had recently issued a statement to The Nation manifesting:

“The history of this case is as unfortunate as it is possible to imagine, in which encounters, undoubtedly believed by all parties at the time to be private, became inappropriately the subject of publicity and thereafter in consequence no doubt the more difficult to resolve. Each of the human beings involved deserves respect and consideration. It is hoped that whatever steps as are required to be taken in the future will be taken thoughtfully, with sensitivity and with such respect.”
[Photograph above of lawyer Peirce by Peter Macdiarmid/Getty Images]
More information on Julian Assange's New Legal Strategy in the article by Tom Hayden in The Nation, 22nd of June 2011. In Sweden, SvD 25 June 2011.

In Sweden it was reported that lawyer Björn Hurtig (of the legal defence-team set up on the previous London hearings) had received a “warning” from the part of the Swedish Bar Association. The issue of Björn Hurtig's witness testimony has been commented before here and  here in Professors blogg (see Comment on Björn Hurtig's witnessing) and today  further by prominent journalist Hanne Kjöller in DN and who's apparently critic to the Swedish Bar Association is that they have "only" issued a warning against Hurtig. The president of such Bar Association, Anne Ramberg, explains in her blog that in the judgment of the Bar Hurtig did not acted with malicious intention [Quote from Anne Ramberg: "Man trodde på Hurtig när han han hävdade att de felaktiga uppgifterna om kontakterna med åklagaren inte lämnats uppsåtligen"].

4
Further, in two separate highly remarkable verdicts during the last weeks, the Swedish legal establishment  ruled "approved" (DN (TT), 2 July) with regard to the leak to the media  of the secret protocols (the police report) conducted in the Assange case. The media mentioned in the TT cable is the Swedish social-democratic Aftonbladet, a tabloid known for their open hostility to Assange and co-owned by a private media concern and the social-democratic dominated main Swedish union "LO".
As known, police protocols of the interrogations in the Assange case ended in a post-editing and texts-selected by the Guardian hands. After indulging in a meticulous post-editing and vicious text-selected orgy the Guardian published the material in a clear detrimental context against Julian Assange.
Nevertheless, it was "nothing wrong" to leave away the secret protocols to the media, according to the Swedish chief-prosecutor in charge of the "internal” investigation. The dispatch could very well have added - according to the empirical truth - "provided that it did harm Assange".
In a "separate" case, the Swedish legal establishment (in this case the "Justice Ombudsman", appointed by the government)  had ruled "nothing wrong" regarding the preposterous doings of the radical-feminist social democratic politician and police officer Irmeli Krans, who being a personal friend of one of the women-accusers scheduled and performed the interrogatory with the other woman-accuser. "The matter is therefore dismissed from further processing" reads the verdict, however in normal cases (all the cases rest except Assange's) the establishment would have ruled at least according to the "conflict of interests" praxis referring to police procedures (4th chapter, 13 § 10 compared to 7th chapter, 6 and 9 §§ The Swedish Code of Judicial Procedure. Cited by Ccwlja).
As the above commented verdicts referred to the very same interrogation-protocols that further were leaked to media-actors hostile to Julian Assange, both decisions - done at the heart of the Swedish system - seem to have a flagrant ideological relationship, and beyond doubt they converge in the same partisan line the world have observed in the Swedish legal system in reference to the Wikileaks founder Julian Assange. The Swedish legal system continues acting shameless and uncontested in the official political case (by proxy) of Sweden against the Wikileaks' founder Julian Assange. Their arrogance seems not having limits and it is only the international opinion that would be able to stop their anti human-rights doings.
This is the political establishment in fact serving foreign interest through the phony case by-proxy against Julian Assange and the smearing campaign against the Wikileaks project. Let us not forget that Wikileaks had heavily hit the Swedish international deception of a “neutrality” posture and disclosed Sweden’s top political establishment shameful secret collaboration with the American services (behind the back of the Swedish Parliament and public). This is  vendetta time, and in this context the “warning” issued against Assange’s lawyer should be also understood.
In my opinion it has come the time in which an independent international tribunal has to be conveyed to judge the Swedish system of Injustice in their political case against Wikileaks founder Julian Assange.
5
Inhuman terms around the arresting of Julian Assange – and the electronic spying of the residence - were object of discussion and reporting in several media. More information in The Telegraph 16th of June (WikiLeaks: Julian Assange's 'excessive and dehumanising' house arrest) and in this video below (borrowed from the post "Six month under house arrest" at http://julianassangefanciersguild.tumblr.com).
191 Days Without Charge from WikiLeaks on Vimeo.
6
The Assange case had occasioned during the last weeks a renewed public discussion on the European arrest warrant, called by The Guardian “European law's blunt instrument“. The analysis also taken in up in the post “Problems with the EAW” at the Sweden vs. Assange site.
7
In other developments, notable human-rights attorney and journalist Andrew Kreig have recently elaborated on the US administration policy against whistleblowers. Professors blog will now publish his updated column from June 2011 referring to the “Obama crusades against critics”. Andrew Kreig has also published in Justice Integrity Project a hard hitting article named Learning from Heroes Who Fought the Mafia. Highly recommended. 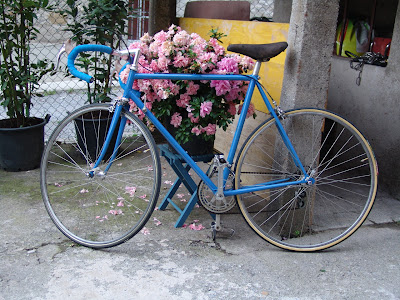 Many thanks for this excellent blog post and summary. It´s good to see you active and on your feet again - I hope you fully recovered!

I wondered whether Björn Hurtig was still representing Julian in Sweden. Do you know anything about this?

Alice, thanks for your words. On your question about Björn H. I will find out and let you know.
Marcello