A new article* by the prominent American journalist and attorney Andrew Kreig in his guest-column at Professors blogg.
Welcome also to visit the site Justice Integrity Project for further analyses authored by this notable human-rights defender. 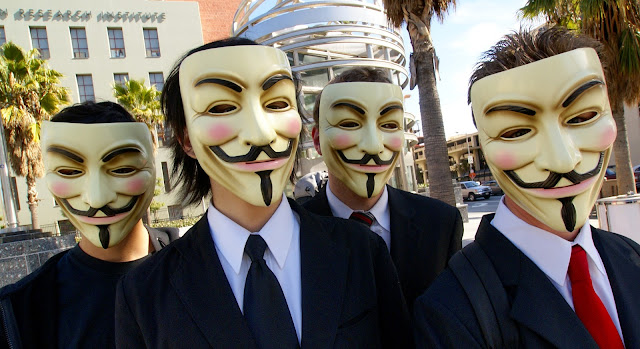 Guest-column
By Andrew Kreig
The mainstream media are paying increasing attention to a shocking scandal arising from retribution by pro-WikiLeaks hackers against government contractors apparently trying to sell political dirty tricks services to hurt critics of the U.S. Chamber of Commerce and the Bank of America.
Blogs (including by intended victims) and specialty publications provided most of the early in-depth coverage after the hacker group Anonymous announced that it had hijacked 40,000 emails from contractor HBGary Federal because the latter was compiling dossiers to hurt Anonymous, among others.
What's new this week is that traditional broadcasters and newspapers are increasingly digging into the story, which is complicated by government and media antipathy to WikiLeaks and hackers. Not surprisingly, the rebellious free-thinkers fare poorly in comparisons to the nation's commerce and homeland security giants who are closely intertwined with many media companies.
Also, the federal government is using at least two grand juries to gather evidence against WikiLeaks founder Julian Assange and Anonymous. The latter group of hackers, who keep their identities secret, are suspected of disrupting operations of such Internet service companies as PayPal and Amazon.com in retaliation for their halt of customer services to WikiLeaks.
The increasingly powerful Republican fund-raiser and media pundit Karl Rove last August raised the ante against WikiLeaks by going on television to urge the U.S. government to try Assange for disclosing secret cables. Nearly two months ago, my Justice Integrity Project documented here on Huffington Post that Rove is not simply a pundit and huge Republican fund-raiser empowered by the Supreme Court's Citizens United decision, but was listed also on his website as having worked as a consultant for Sweden's governing Moderate Party. The New York Times, which published some of the WikiLeaks revelations last year, is among WikiLeaks-critics also -- as illustrated by Executive Editor Bill Keller's harsh criticisms of the organization recently in a Sunday magazine article and in remarks at the National Press Club. 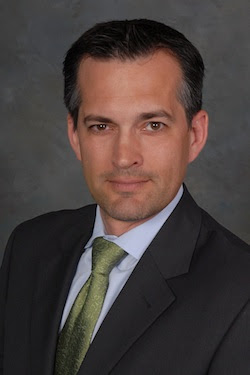 But an apparent plot by big business to destroy political enemies with confidential data makes this a dramatic story, albeit largely relegated to the inside pages. News value also comes from the sheer audacity (or foolishness) of the players.
"You don't mess with Anonymous," the hackers wrote on HBGary's website as they hijacked some 40,000 of the contractor's emails, thereby foiling its proposed sale of other data. "You have blindly charged into the Anonymous hive, a hive from which you've tried to steal honey. Did you think the bees would not defend it? Well here we are. You've angered the hive, and now you are being stung."
The Chamber denies wrongdoing. But emails from HBGary Federal CEO Aaron Barr and his colleagues suggest that the plot was not supposed to be final until sale of the information to the chamber's law firm Hunton and Williams. Further, a law firm can retain confidentiality (at least initially) under a claim of lawyer-client privilege.
Also, the disgraced contractors seem from the emails to have obtained some of their data from their government work helping implement oversight of the public's communications, a process enabled by the controversial Patriot Act now up for reauthorization. This creates large questions: Who has the power and motive to monitor government contractors if their government contacts, perhaps overly friendly as part of Washington's notorious "revolving door," won't protect the public's privacy against political retribution? Must we rely for oversight on anonymous hackers -- who themselves apparently violate the law?
What's obvious to insiders but seldom articulated in general interest publications is that such Spy vs. Spy "games," while perhaps astonishing when they are revealed, are far from unique to this scandal. Famous political reporters typically voice bromides about public moods or trends without probing the arsenal of dirty tricks the pros can use to change public perceptions.
Our work at the Justice Integrity Project provides us with information about such dirty tricks, sometimes involving major political figures and their donors. The ability -- and indeed eagerness -- of some contractors, politicos and of course the government itself to compile dossiers on opponents vastly dwarfs anything that reporters do can do. HBGary's proposed seven-figure monthly retainer, while never received, suggests that the market for such services vastly exceeds what reporters or government officials earn for similar research and publications work.
Illustrating further the complexities in public policy is the ironic contrast of two important news stories on Feb. 15. As reflected by Washington Post stories, Secretary of State Clinton delivered a major address warning governments not to interfere with Internet freedom. Meanwhile, federal prosecutors argued on the same day a few miles away in Virginia that unprecedented snooping into the personal social network relationships of targets associated with WikiLeaks is routine law enforcement.
To provide a range of news coverage, it's helpful to draw on a range of interpretive columns that go beyond the mainstream, of course. Nate Anderson at Ars Technica provides excellent analysis, supplemented on Feb. 15, "Spy games: Inside the convoluted plot to bring down WikiLeaks." Jane Hamsher at FireDogLake assembled useful charts of the major players. In retrospect, now is the time also to read the 2009 announcement in Security Dark Reading, "HBGary Launches HBGary Federal."

Our project has not been successful in obtaining comment from our inquiries to HBGary Federal's CEO or his colleagues. Neither have we received a response from Hunton and Williams, a law firm of the Chamber implicated by emails as working with contractors to plot against Chamber critics. The emails suggest that targets of the plot included individual bloggers as well as Democratic-oriented organizations, including unions.
Meanwhile, Democrats in the U.S. Senate announced that its Judiciary Committee has created a new subcommittee led by the party's Minnesota Sen. Al Franken to oversee Internet-related privacy and security issues.
The ranking minority member is Sen. Tom Coburn of Oklahoma, a Republican who frequently fights conventional politics in advocating personal freedoms. Other senators on the subcommittee include: Chuck Schumer, D-N.Y., Orrin Hatch, R-Utah, Sheldon Whitehouse, D-R.I., Lindsey Graham, R-S.C., and Richard Blumenthal, D-Conn. The latter for many years has been in the forefront of state attorney generals in pro-consumer class actions.
"The boom of new technologies over the last several years has made it easier to keep in touch with family, organize a community and start a business," said Franken on Monday. "It has also put an unprecedented amount of personal information into the hands of large companies that are unknown and unaccountable to the American public. As chairman of this new subcommittee, I will try to make sure that we can reap the rewards of new technology while also protecting Americans' right to privacy."

If that's any indicator we can predict this is not the last we'll hear about HBGary and its services, at least in the Senate.
Andrew Kreig
*The article has been published also today in Andrew Kreig's column at the Huffington Post with the title "Spy vs. Spy As Hackers Square Off Over DC Dirty Tricks"