Making compatibles Freedom of Speech and banning of uttered offences 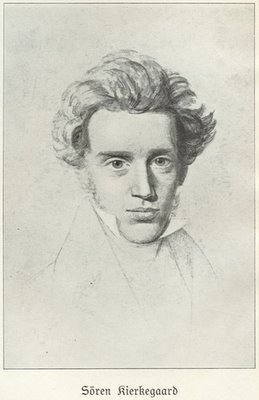 Judging from the various Swedish political, union, or editorial opinions, the apparent contradiction on how to react to the cartoon publications is neither conclusive nor constructive. The contradiction is not even logical necessary. In my opinion, it is absolutely possible to make compatibles Freedom of Speech and penalize uttered offences.

"Aren't people absurd! They never use the freedoms they do have, but demand those they don't have; they have freedom of thought, they demand freedom of speech." Søren Kierkegaard, Diapsalmata, Either/Or, 1843


The reactions in Sweden after the Intelligence Service (SÄPO) solution of advice the temporarily closing of the SD (due to the publication of the cartoons) can be reduced to the following dichotomy:

The exercised solution is not a solution to last in the long run. For in any moment could the same or another political or community organization pop up and infringe a similar kind of offences, and not necessarily towards the Muslims but to any other religious or ethnic group.

The reason for that false dichotomy possibly lies in a fixed paradigm wich averts for the understanding of the problem's core. And with this, averting possibilities to find a more stabile solution.

The core of the problem is not what we can say or write, what we are allowed to say or write, according to the Freedom of Speech. The crux is whether - in the moment of that saying or writing - we are fully aware of the consequences not only upon the integrity of others, but also of the collateral damage for others, caused by those reactions. If we consciously infringe that principle, we are accounted for malicious intent, and thus, as intellectual instigators of the disaster.

For this there is no law. But we could have one.

Laws, as such, are characterized by their coercion potential. This is the feature that differentiates law postulates from moral postulates. A moral principle can be infringed without the individual expecting a juridical-based punishment, such as prison. The one breaking a law has always to expect the coercion (the penalty) entailed in that breaking. Penalty is embedded in the law, could we simply say.

This law should have a possibility of enforcement such as in the following illustration. If I know, if I am well aware, that by publishing this verse I would cause inevitably a reaction which put in danger the life of my own people abroad, the onus probandis (in the sense of penalty potential) is not to be found in what I am publishing (since for it I am allowed by the law Freedom of Speech), but in the magnitude of the consequences I will accounted for because (and if) that consequences were to a significant extent due to my publishing.

The degree of "significant extent" is not that difficult to assess with help of causality criteria, examination of confounding factors, etc., and in general with tools of that kind we use - or at least we are suppose to use - in epidemiological research settings (in fact, many "emergent" epidemiological phenomena, such "burn-out", base much of its popularity in the absence of those tests of causality criteria. See here).

You may ask how I will know in advance of that particular consequence. The answer is not complicated, although dialectical. Here follow some criteria, although only Nr 3 criteria may have juridical relevancy.

If, a) a similar act b) has recently c) resulted in repetitive d) and similar consequences

Of course that all above, solely in case basic ethical principles have not naturally already intervened in your reasoning, long before this process, and advised you the right path. This is what I deem has happened with most of the Swedish newspapers and media regarding the issue of publishing or not the infamous cartoons. They just simply abstained by their own ethics and common sense, even if they had the full legal right to publish the material. 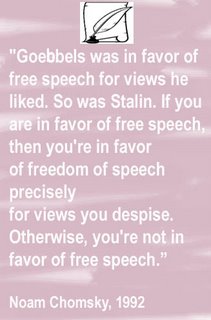 In other words what here is suggested it is a changing of a cultural praxis through legal mechanisms. Changing towards the behaviour of ourselves taking the responsibility for what ourselves say or write.

What is the accepted common praxis in Sweden? People can say things, insult, behave verbally in a very aggressive or nasty way without expecting consequences. If you in Sweden react like in other countries such as in the USA - where “giving one light punch” to the offender is a response for many regarded as “culturally” accepted- you can go to jail. If you react by saying sharp “do not do this again or take the consequences”, in Sweden that saying will be automatically regarded as a “warning”, which can easily be interpreted as olaga hot (unlawful threat) and therefore juridical liable. You can get jail in other words. Not to mention what it would happen if you use some violence against a thief breaking “quietly” in your house in the middle of a night and robe you everything. You may get prison for years.

Coming back to our central issue. The impact and dimension of such behaviours (the "allowed by the law" insulting other cultures or religious groups) in the international arena – particularly those with a background of severe conflicts and wars - entail much aggravating consequences.

This is the case of the recent boycott to the Danish Arla. The same type of feared measure against Volvo, Ericsson, Ikea, etc, was averted by a one-time decision seemingly taken in Sweden by cleaver officials at the Secret Police (the “invitation” of closing the SD website containing republishing of the cartoons). What now it needs to be done is to find a juridical instrument for an all-time praxis in order to avert these dangerous potentials.

In my opinion, it is entirely possible to make compatibles Freedom of Speech and banning of uttered offences.

See different opinions on this topic in Sweden at yttrandefrihet